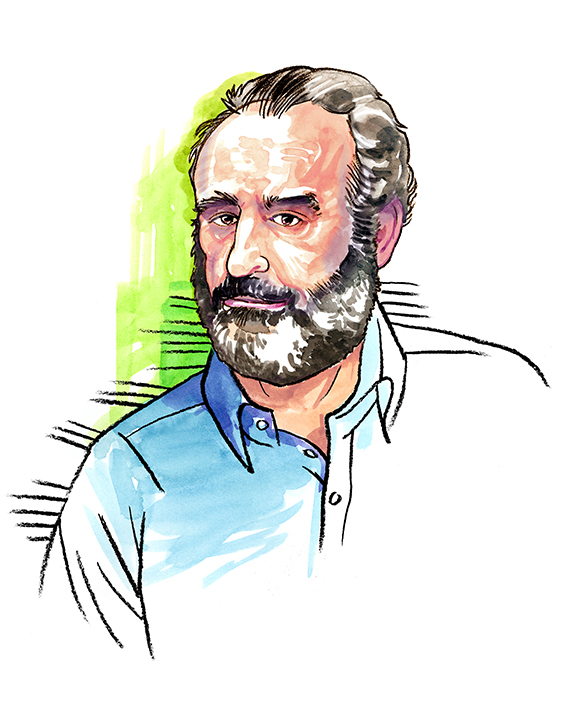 Known as "Zeus" because of his long beard and tall build, Montes became a prominent figure in the intellectual community with his forceful and fiery energy.

He entered the Society of Jesus in 1950 at the age of 17 and completed his novitiate at Santa Tecla, El Salvador, in 1951. Like his fellow Jesuits, he studied classical humanities in Quito, Ecuador.

His early years of teaching began in 1957 as a professor of physics at Externado San José. Montes then traveled to Europe and studied in Innsbruck, Austria, in 1961 before returning to teach again at Externado San José from 1966 to 1976. He served as its rector from 1973-76. He earned a doctorate in social anthropology from the Universidad Complutense in Madrid, Spain, in 1978.

Montes returned to El Salvador in 1978 to become the chair of the Sociology Department at the University of Central America. Those who knew him described him as fiercely loyal to IgnacioEllacuría; both were advocates for the Salvadoran poor and core members of the UCAII community. He was a member of the editorial board for Estudios Centroamericanos and other academic reviews of the university until 1982.

Montes became well known in the Americas for his research and activism, authoring a study for Georgetown University on refugees and exiles and serving on the advisory board of the Washington, D.C.-based Central American Refugee Center. He spent some time in Washington, D.C. as an informal advisor to Democratic Congressman Joe Moakley of Massachusetts, who was advocating amendments to U.S. immigration laws that would protect Salvadoran refugees.

Montes gained stature within El Salvador as well as Honduras because he visited communities of displaced people to offer advice on development projects while simultaneously learning from the communities themselves. As a minister to parishes in Santa Tecla, Montes expressed himself forcefully.

Along with Ellacuría, Montes became a target of the political right. On April 13, 1989, in an advertisement paid for by the Alianza Republicana Nacionalista (ARENA), Montes was accused by the army High Command of being "inhuman and immoral" and for justifying Frente Farabundo Martí para la Liberación Nacional (FMLN) attacks, despite his efforts of acting as a liaison between the Jesuits and the army.

In a letter published in response to ARENA, Montes wrote that, "rather than justifying any violence, he had observed that both sides attempted to arrive at negotiations from a position of strength but the probability of acts of violence will continue and possibly increase."

Like Ellacuría, Montes was a staunch advocate for the poor—and as such, he faced death threats. After "Death to the Communists of UCA" was painted on his car, Montes was asked about his safety. He simply said: "If they kill me, they kill me."