Supporting the People of Poland

In its first decade, the Legion of Young Polish Women experienced considerable success raising funds for Poles affected by the war. One Polish language newspaper reported that by October 1939, the Legion had raised $2,695.26. In today’s currency this would be $45,357.15, all in only the first month.

During the war itself, the Legion’s efforts were two-fold. They sent packages of food and clothing to soldiers and civilians while also donating money to other organizations that supported relief efforts such as the Red Cross and the Polish Relief Fund. When the war ended, the Legion continued to receive requests from organizations supporting Polish expatriates all over the world. 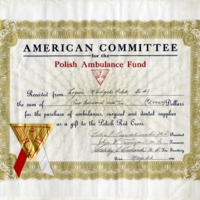 The Legion’s most notable donation during WWII was $3,000 to the American Committee for the Polish Ambulance Fund for the purchase of 3 ambulances. Click the image for more detail. 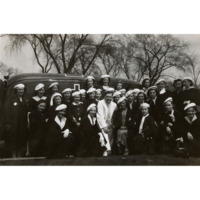 Members of the Legion pose with one of the ambulances they raised money to buy, 1940. Click the image for a larger view of the photograph. 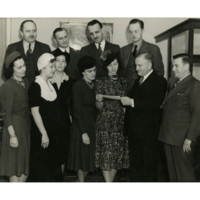 LMP President Adeline Preyss and other members of the Legion make their first contribution to the Polish Doctors Organization, 1940. 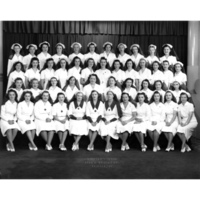 In addition to raising money, LMP members also donated their time. Some of women pictured here with the Polish Chapter of the American Red Cross in Chicago are also members of the Legion. 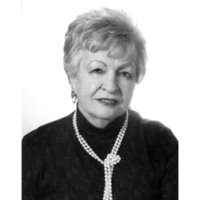 Listen as Barbara Ciepiela describes what it meant for her, as a girl during WWII, to recieve an aid package from the Legion. 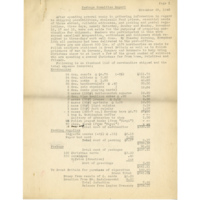 The Legion’s direct aid efforts focused on sending packages of clothing and food to civilians and soldiers. In November of 1940 alone, nearly 800 lbs of packages were sent to Polish soldiers and POWs. Click to read the report. 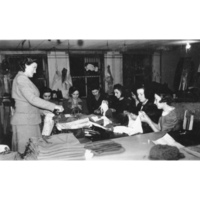 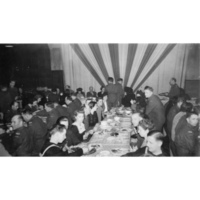 Members of the Legion traveled to Windsor, Canada to visit soldiers and officers of the Polish Army in 1942. 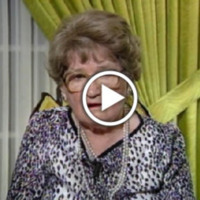 Lily Ann Byczkowski, a founding member, describes the first fundraiser the Legion held in October 1939. Click here and scroll down to watch the video. 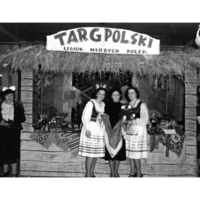 Another popular type of fund-raiser was to hold a Polish Market where the Legion sold canned goods, books, infant wear, “Polish novelties,” and other items. At the Polish Market held in April 1940 the Legion made over $1,500 in profit. 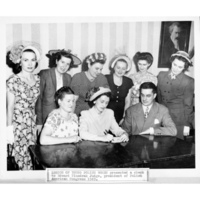 After the war, the Legion made regular donations to the Polish American Congress for the resettlement of Polish Displaced Persons (DPs). In this 1949 photograph, Henryka Grajewska writes a $2,000 check for the transportation of DPs from Europe to the U.S. 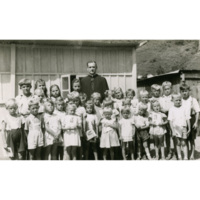 In the post-war years, the Legion sent money to a number of organizations supporting Polish refugees and children abroad. Pictured here are orphans from the Polish Catholic Mission in Venezuela who benefited from Legion aid, 1951.