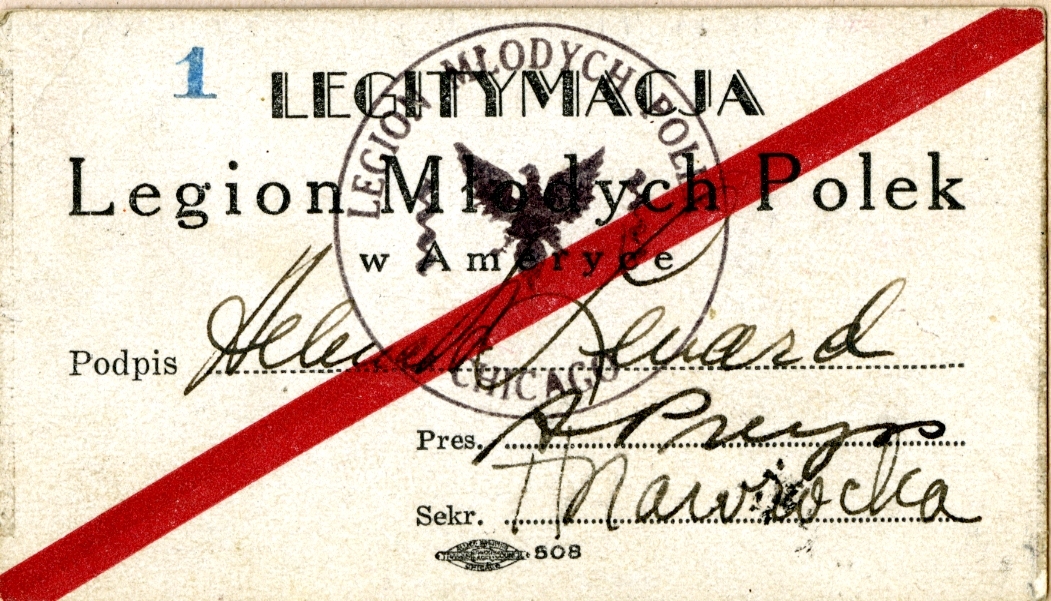 On September 1, 1939 the German army invaded Poland, an act of aggression that began WWII. On September 2, a group of young women in Chicago, determined to aid the war-affected people of Poland, met at the home of Helen Lenard and the Legion of Young Polish Women was born.

In just over a week, the organization that began with Lenard and 16 of her friends now numbered over 100 members. By October, that number would jump to over 350 members in three locations—Chicago, South Chicago, and Town of Lake—and had raised over $2,500 for war relief.

The following three sections explore why the Legion was founded, who the founders were, and what their initial work looked like.

'For the Relief of Polish War Victims' →
Founding and Early Years