The 1980s and 1990s saw a critical shortage of medical supplies in Poland. While the Legion had been supporting the efforts of other organizations to provide medical supplies since at least 1979, in 1987 they decided to begin a project of their own.

From 1987-1996 the Legion sent 18 shipments of packages of syringes, needles, and other basic medical supplies to small clinics in villages throughout Poland. By the end of the project, a total of over $93,000 had been spent on purchasing and shipping supplies to the clinics of rural Poland. 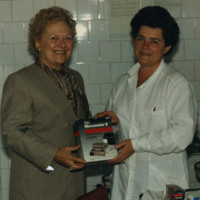 Marie Krakowski of the Legion of Young Polish Women presenting a Glucometer for diabetes patients to Polish doctor Maria Klys, 1987. 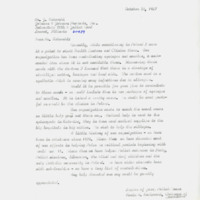 This letter explains that “Medical help is [already]sent to the episcopate in Katowice, they in turn send medical supplies to the big hospitals in big cities. We wish to help the villages.” Click to read more. 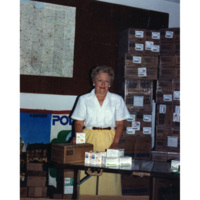 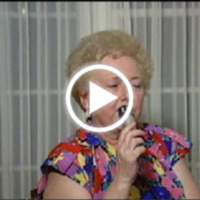 In a video from 1988, Marie Krakowski explains the Medical Supplies to Poland program and shows examples of the supplies being sent. Click the image and scroll down to watch the video. 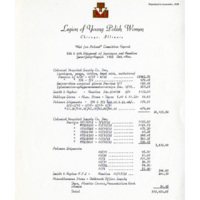 An average of 20% of the Legion’s annual donation budget was spent purchasing and shipping medical supplies to Poland. Click to read this report for the 5th and 6th shipments. 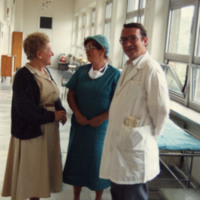 Marie Krakowski traveled to Poland a number of times during the project to meet with doctors and nurses at the clinics where the Legion sent supplies. 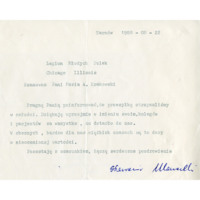 In his thank you letter for supplies sent in 1988, this doctor, writes that “in the current, very difficult times for us, these gifts are of inestimable value.” Click on the image for a full translation.