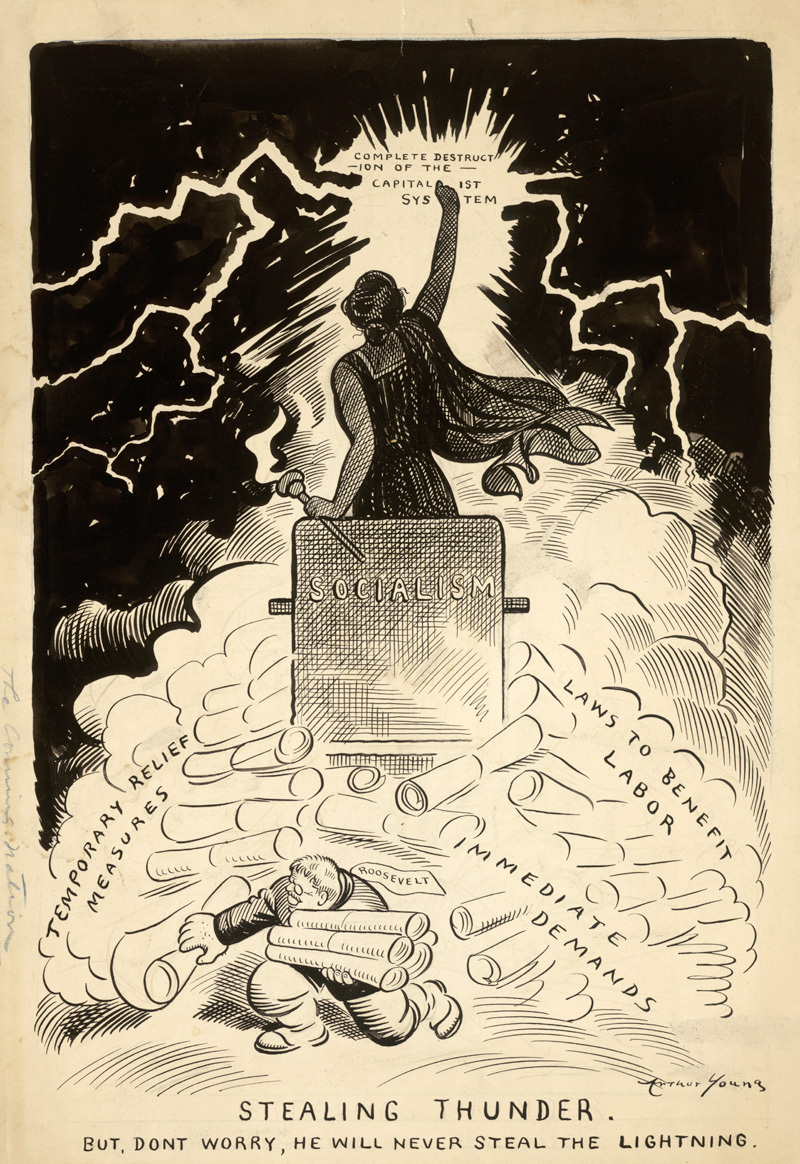 In this cartoon, Young shows President Theodore Roosevelt stealing thunder from the socialist cause by giving in to some of the socialists’ immediate demands. Roosevelt’s position, however, was more moderate than the socialist Young probably would have liked, so Young has shown him weakening the socialist position by supporting some reforms while leaving the basic structure of capitalism intact. By this point Young’s sympathies were with the socialists and this cartoon was published in a socialist periodical. While this cartoon deals with the political issues of the day, Young’s broader focus on the conflict between socialism and capitalism is increasingly visible.