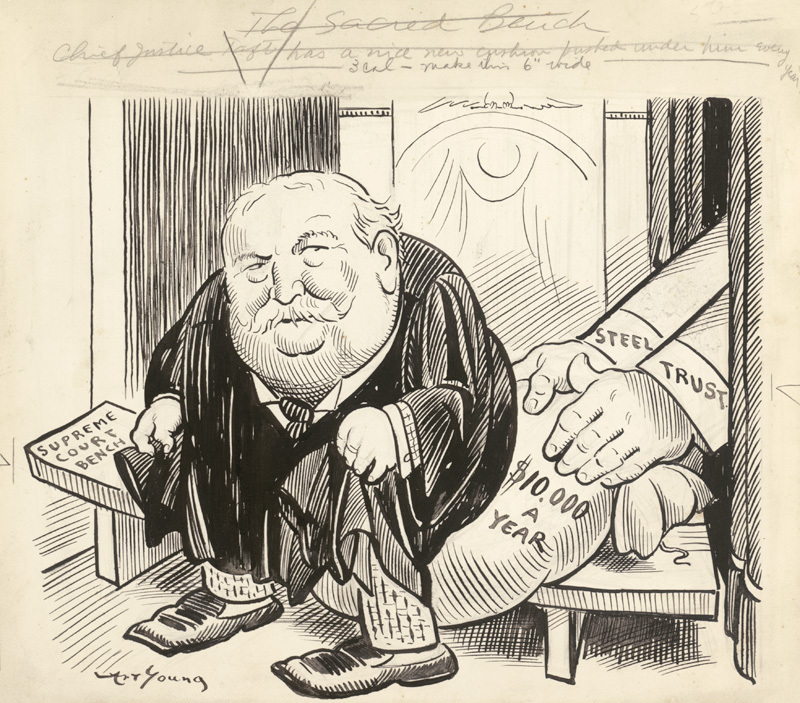 While William Howard Taft is primarily remembered as the twenty-seventh president of the United States (1909–1913), he actually served longer as chief justice of the United States Supreme Court (1921–1930). Young’s cartoon refers to this later period of Taft’s career. Specifically, this cartoon is a reference to the $10,000 in interest Taft received annually for bonds he held in the United States Steel Corporation.