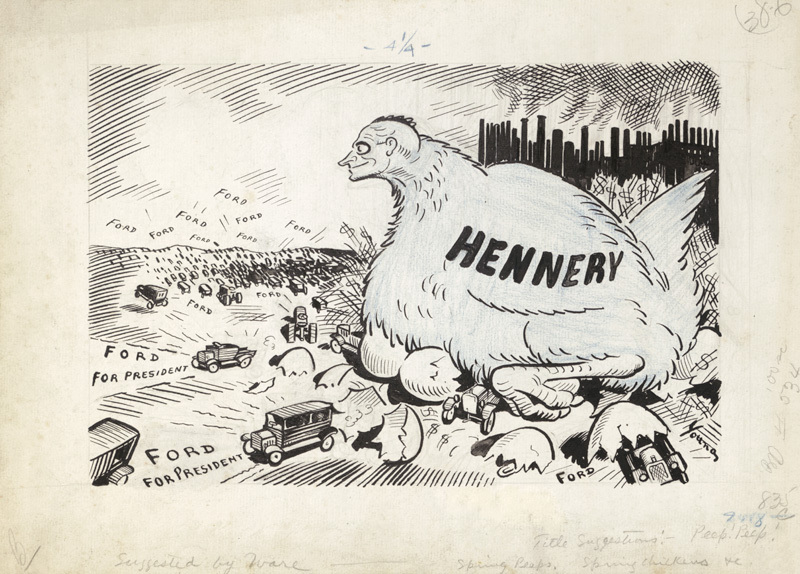 While Henry Ford is best known for founding the Ford Motor Company, introducing the Model T automobile, and developing the assembly line, this cartoon refers to the industrialist’s less well-known role in politics. Between 1916 and 1924, there was strong grassroots support for Ford as a candidate for president. At the time, Ford was associated with pacifism and known for giving his workers a salary more than twice what most other companies offered. Today, it is hard to imagine Ford as a popular candidate for president, since he is often associated with anti-Semitism and resistance to unionization.