Look Out for the Proletarian ‘Steam Roller’ 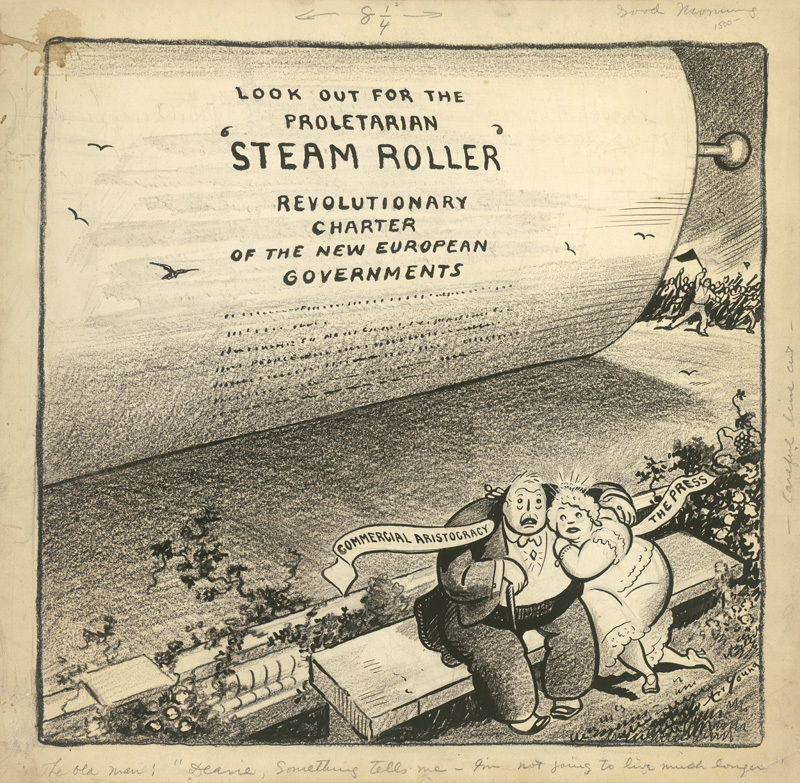 World War I destroyed four empires, changed borders, created new nation states, and led to multiple revolutions between 1917 and 1923.  Many on the left believed the Russian Bolshevik Revolution would lead to the victory of Bolshevik revolutions throughout the world. In the end, only in the former Russian Empire did their dreams of proletarian revolutions succeed.

← Lincoln and Wilson
Russia: ‘Hey Bill—Try a Little of This!’ →
Art Young Chronology
Look Out for the Proletarian ‘Steam Roller’