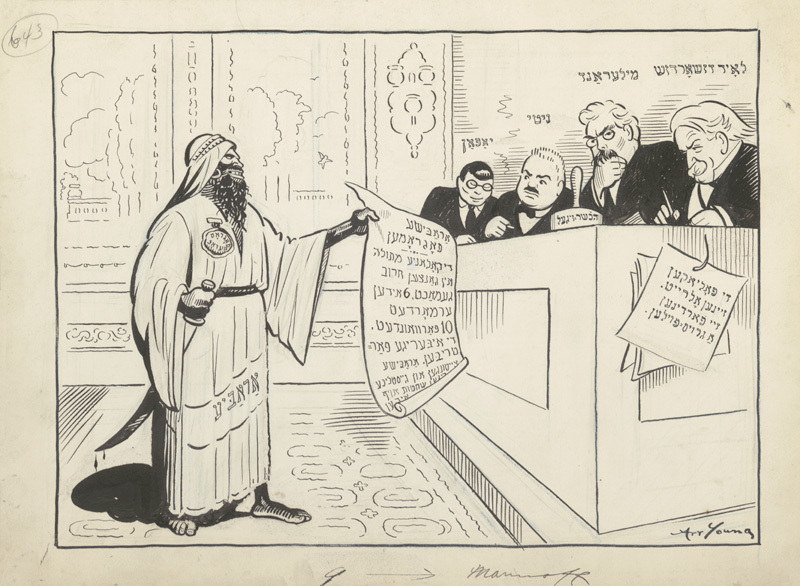 Young drew this cartoon for Der Groyser Kundes (“Big Stick”), a Jewish humorous weekly edited by Jacob Marinoff. Young supported himself with his work for this publication while he was on trial for sedition, since the editors of most other magazines were reluctant to publish his work during that time. This cartoon may refer to the Conference of London, which began on February 12, 1920. At this conference, the participants discussed the terms of the peace with Turkey and how to divide the territory of the old Ottoman Empire. The standing figure, labeled “Arabia,” holds a scroll reading “Arab pogroms - The colony of Matulla completely destroyed, six Jews murdered, 10 wounded, the rest driven out,” referring to violence in the Jewish settlement of Metula in the region of Palestine. This cartoon probably refers to the movement of the time to create an independent Syrian state with authority over the area of Palestine. Young and Marinoff feared that the creation of such a state would result in similar or worse violence against the Jewish people in its territory.