A Speech in the Woods 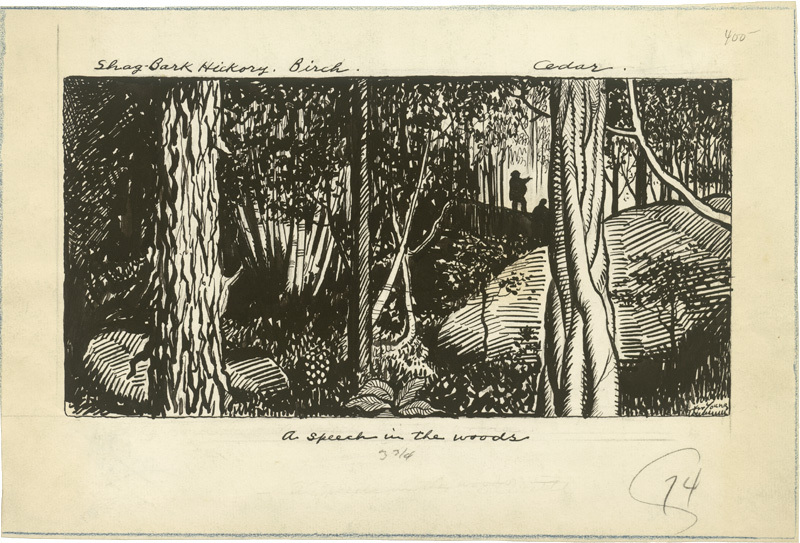 This is an illustration from Young’s first autobiography. It depicts an afternoon during which Young and his neighbor Martin went for a walk in the woods. At Martin’s prompting, Young performed a speech in the style of a Southern congressman, extolling the passage of the income tax, the Federal Reserve Act, and the Underwood tariff. Young states that his observation of Washington politicians and his experience as a Socialist party nominee campaigning unsuccessfully for the New York State Senate in 1918 familiarized him with “the platitudes, the postures and the eloquent bunk that are the equipment of our so-called statesmen.”