The Push Ball contest started in 1930 as a contest between Loyola freshmen and sophomores. It occurred on the football field, now Halas field, and students had to push a ball 8 feet in diameter to the opponent's goal line to score. If neither team scored, then the team with the most total yards gained was declared the winner. The winner of the contest would receive the "little red barrel" as a trophy to display in the student lounge and the losers would have to jump into Lake Michigan. The Push Ball contest was held annually until the late 1960s.

Click here to see video of a Push Ball Contest 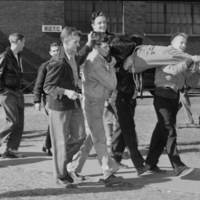 Students on the way to the field where the 1946 Push Ball game will occur. 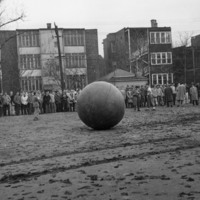 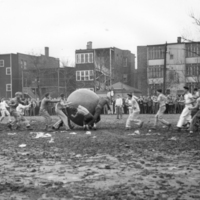 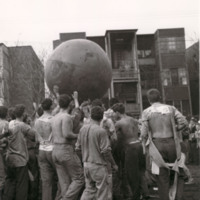 Freshmen take on the Sophomores for bragging rights in 1946. 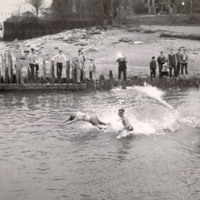 Members of the Freshmen class plunge into Lake Michigan after their 1946 defeat. 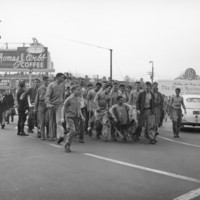 Sophomores take a victory lap after the 1946 Push Ball contest.