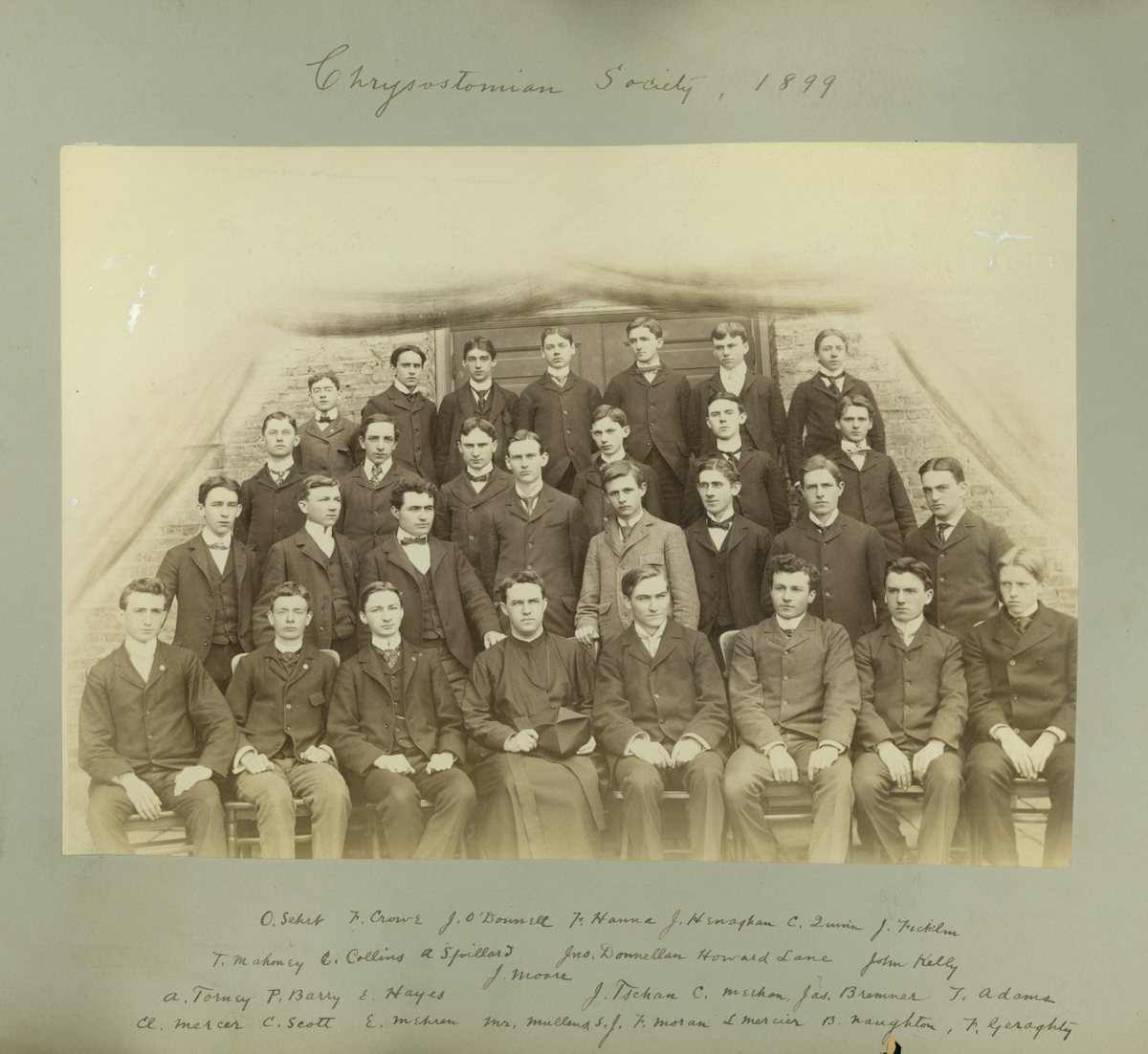 The Chrysostomian Debating Society in 1899.

The Debate Society is Loyola's oldest student organization. Originally called the Chrysostomian Debating Society, its mission was to "promote the cultivation of eloquence, the acquisition of sound knowledge, and a taste for literary studies." During the nineteenth century the society conducted public debates and an oratorical contest, with medals awarded to the winners. These contests evolved during the early twentieth century to become the prestigious John Naghten Debate and Carter H. Harrison Oratorical Contests. 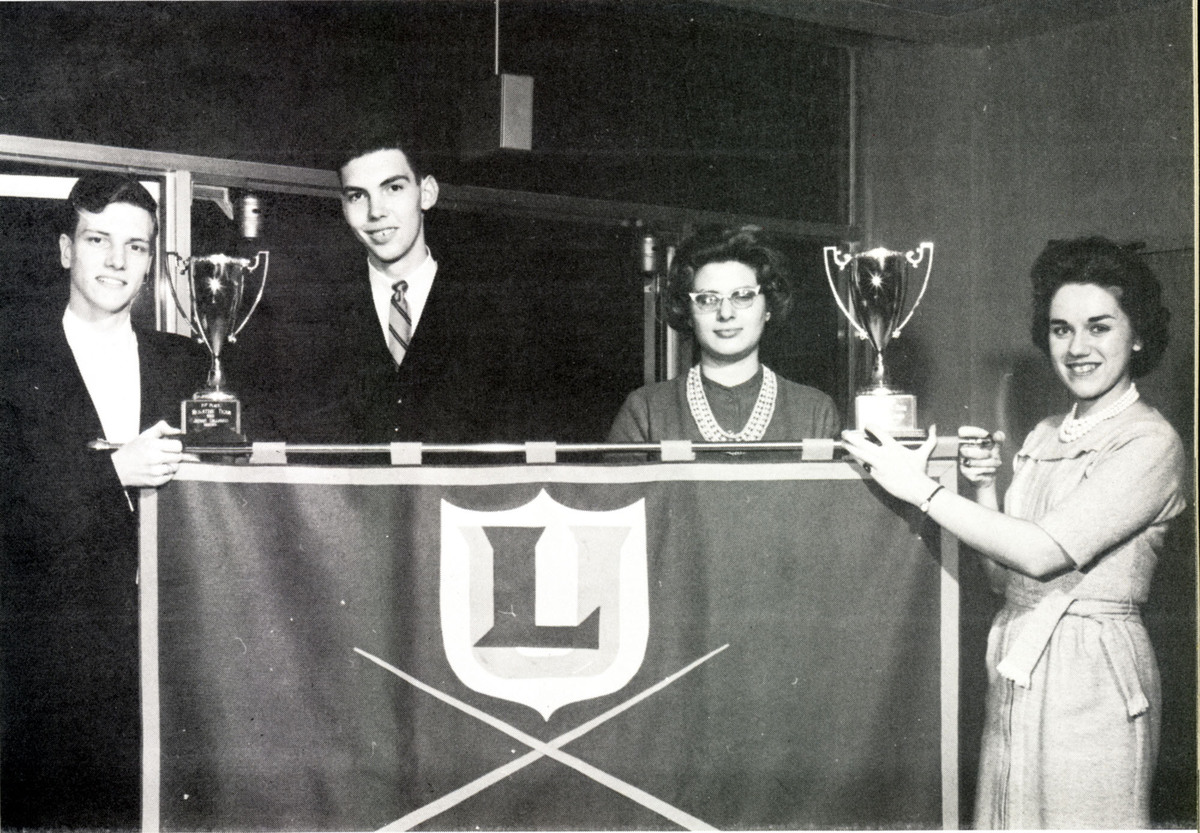 Debates at these contests reflected the pressing social and political issues of the day, such as U.S. relations with Cuba in the 1890s, the Vietnam War, the use of nuclear weapons, and evolution versus intelligent design. The Loyola University Debate Team remains an active part of campus life to this day, competing in three to four tournaments per semester and hosting an annual debate tournament on the Lake Shore Campus.