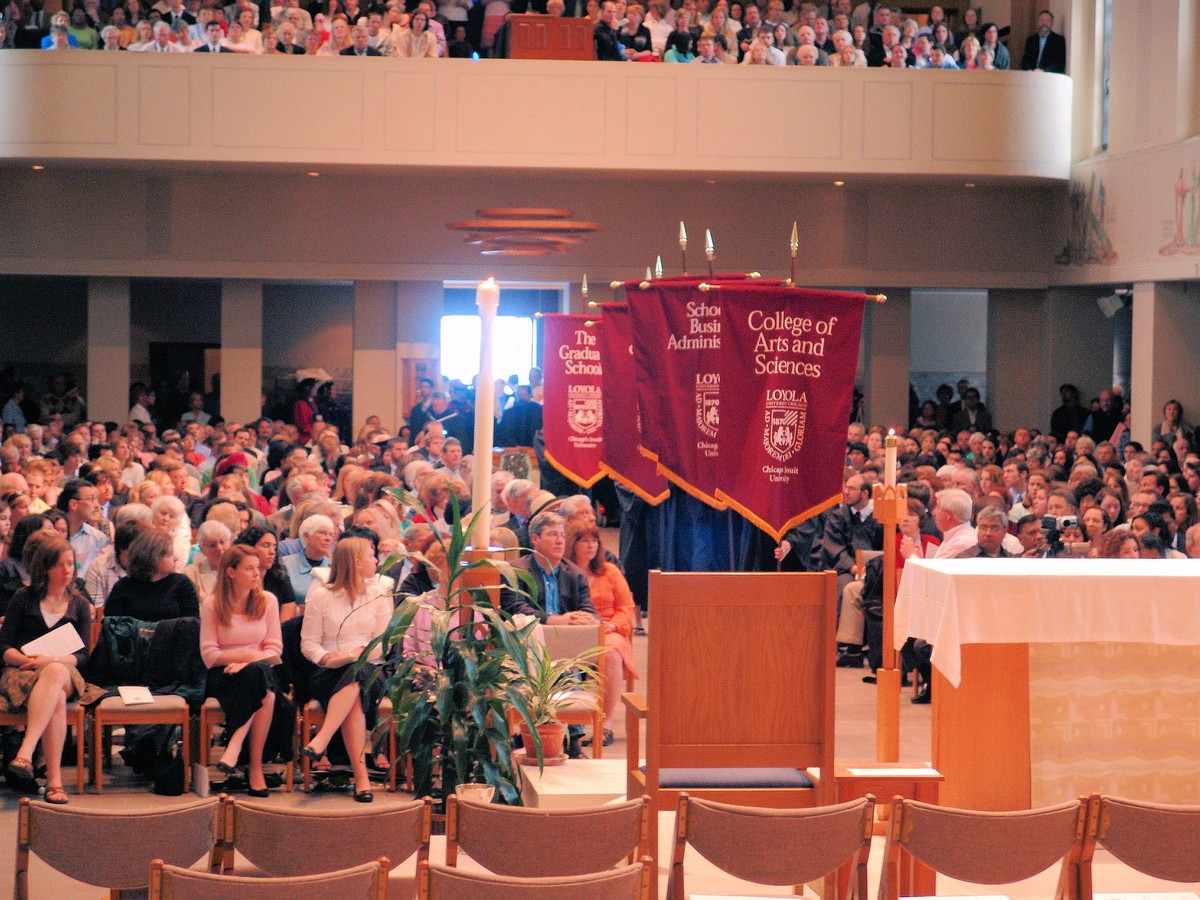 Students gathered in Madonna della Strada for the 2006 Baccalaureate Mass. 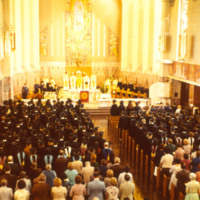 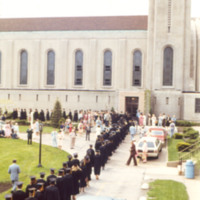 Loyola faculty and students lining up to enter Madonna della Strada Chapel for the 1982 Baccalaureate Mass.

The history of a Mass before commencement dates to Loyola's founding as St. Ignatius College, however the current version of the Baccalaureate Mass for graduating students and their families began the 1921-1922 academic year. Hosted by Sacramental Life at the end of spring semester, it is typically at the Lake Shore Campus.

During the Mass graduates are called to reflect upon their spiritual education at Loyola and the Jesuit philosophy of education, and prayers are offered for the Loyola faculty and staff for their continuing educational guidance, for continuing Loyola students, and for graduates who will be called to live the school's Jesuit ideals in their upcoming careers.