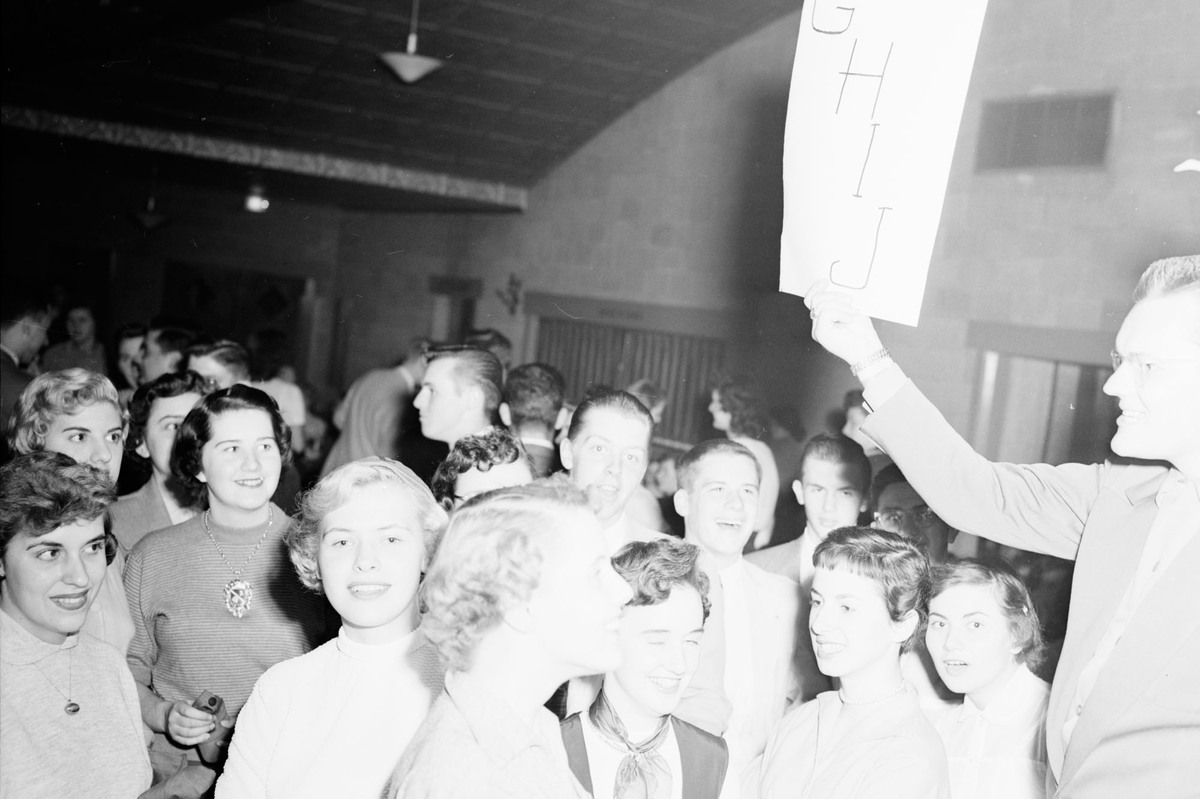 Students from Loyola University and Mundelein College having a good time during the annual Beanie Bounce, 1953. 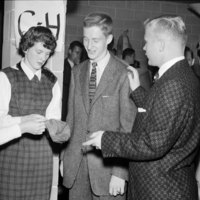 Loyola and Mundelein students at the 1953 Beanie Bounce.

The Beanie Bounce dance existed from 1949 to 1961 and was a freshman dance that included the male students at Loyola and the female students at Mundelein College. The name "Beanie Bounce" comes from the fact that all male freshmen were given a green chapeau to wear during the first weeks of class. The beanie had to be worn at all times, except during classes, or the sophomore class would hand out fines. The men would have to wear the beanies at the Beanie Bounce dance and by the end of the dance every Loyola freshmen had to give his beanie to a Mundelein student. In later years the tradition was changed so that the beanies were distributed before the dance and the Loyola men would have to find the Mundelein lady who had his beanie.