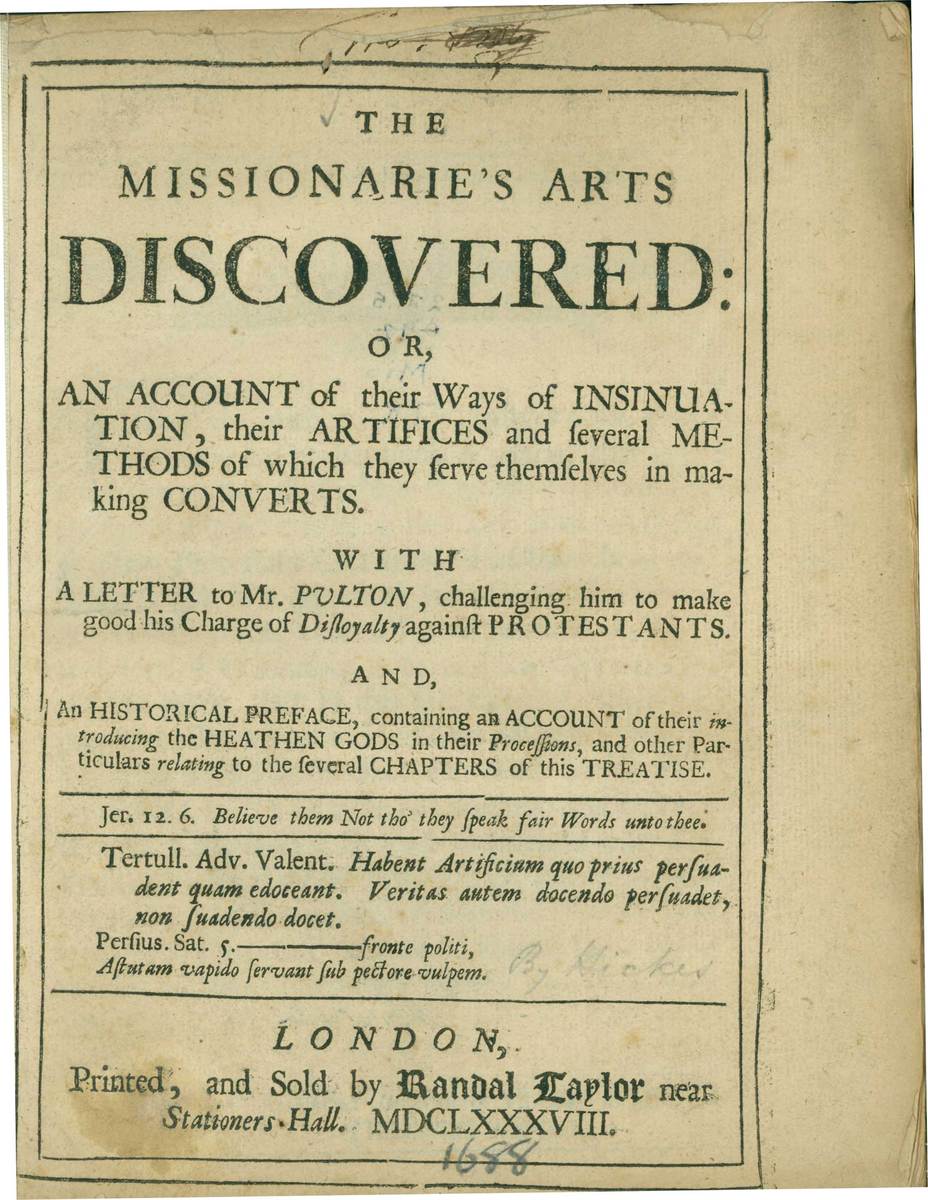 The missionarie’s arts discovered: or, An account of their ways of insinuation, their artifices and several methods of which they serve themselves in making converts…(London, 1688)

A general denunciation of Jesuit missionary activities in Europe and the New World. The author was a prominent English cleric (later Archbishop of Canterbury) and writer of anti-Catholic literature.