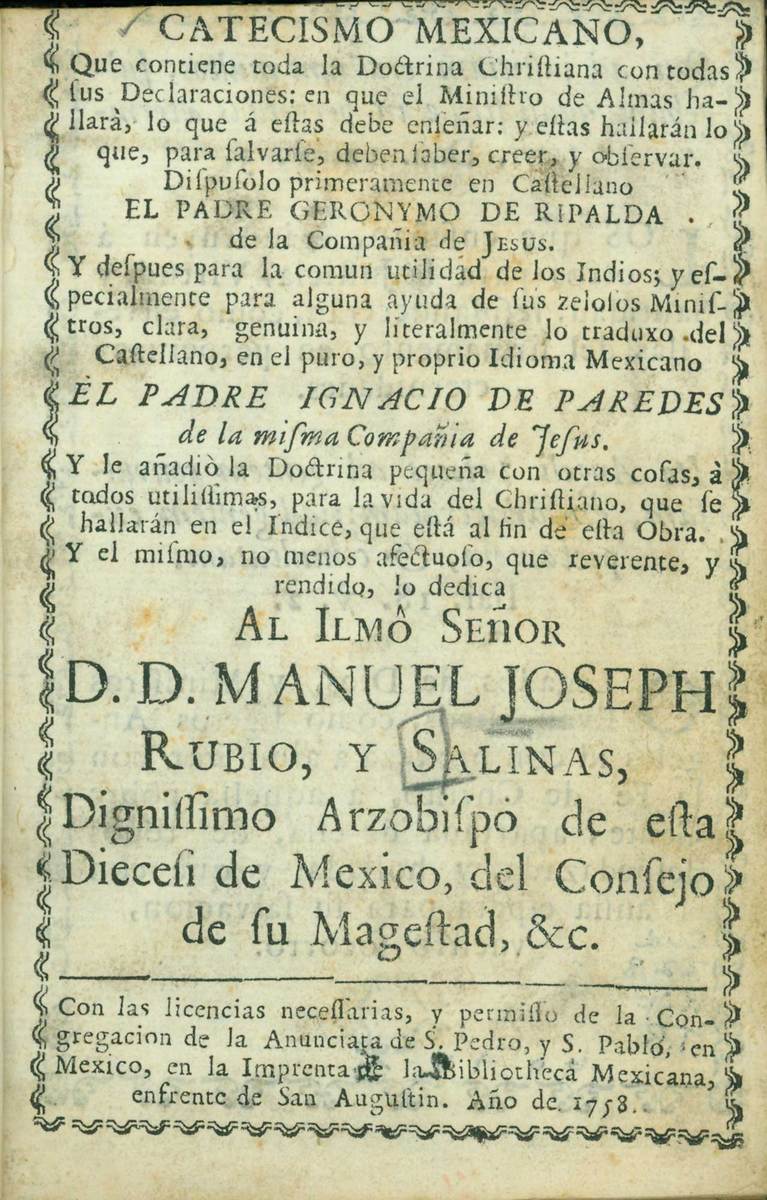 This catechism and prayer book is Nahuatl (the predominant native language of central Mexico) is one of many produced by Jesuits in the Americas. Texts and catechisms in native tongues were essential to the evangelization process, and in the absence of such texts Jesuit missionaries often created their own.