The Damen Award, named for Arnold J. Damen, S.J., the founder of St. Ignatius College/Loyola University, was presented at Founders' Day to a man who has demonstrated "dedication in the Jesuit tradition to God, to society, and to the nation." Frank J. Lewis was the first recipient of the award in 1957, the centennial of the arrival of the Jesuits in Chicago, for his generous contributions to Loyola University and other Catholic institutions. In 2001, the award was expanded to recognize an alumnus or alumna from each of Loyola's schools who has demonstrated leadership in industry, community, and service. 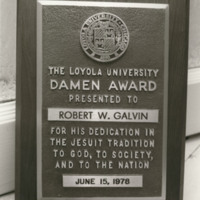 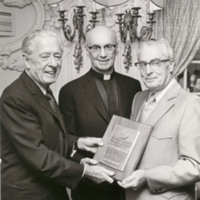 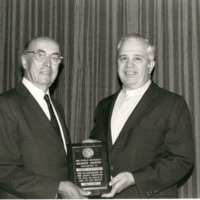 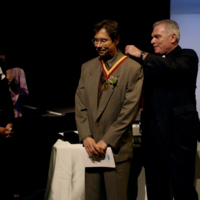