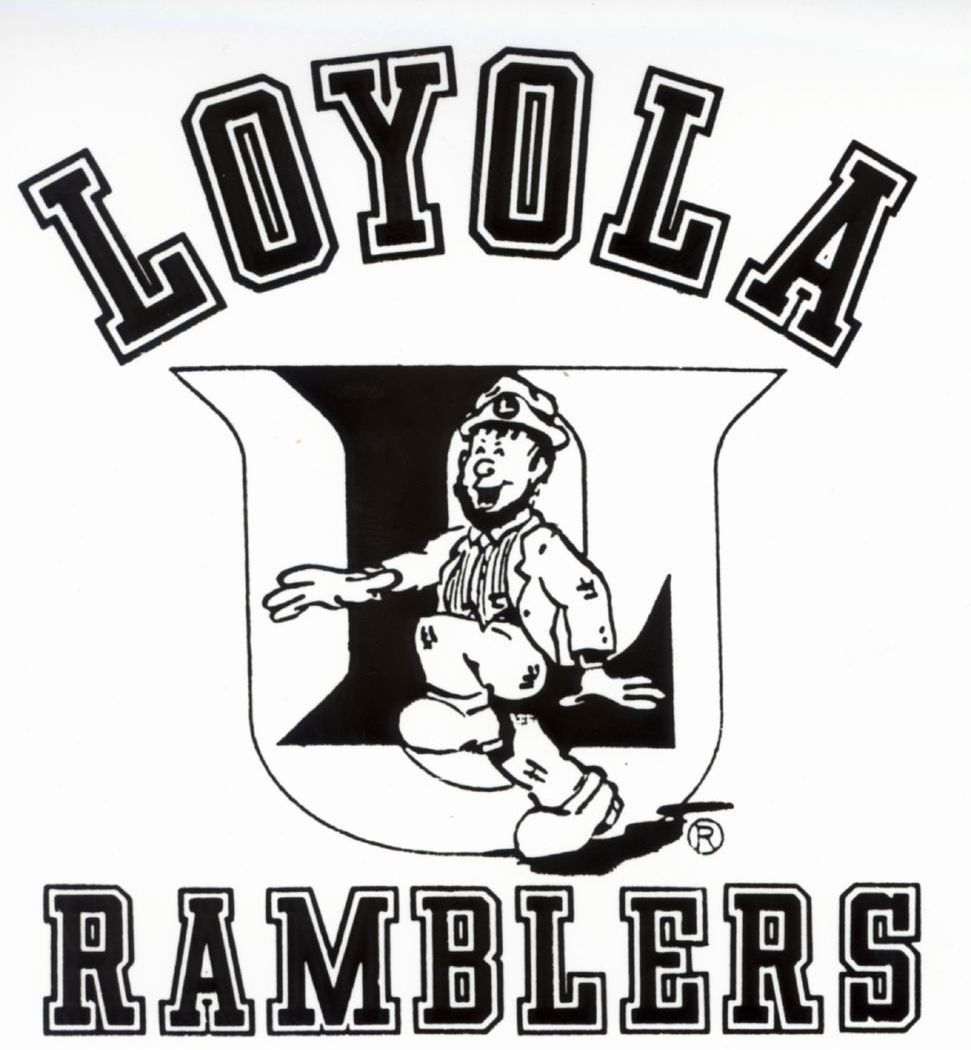 As the only collegiate program with the nickname "Ramblers," the question is often asked as to why that sobriquet was picked. The origin goes back to the days when football was king at Loyola. Prior to the 1920's all athletic teams were merely assigned the school colors instead of a nickname - thus, all teams were known as the "Maroon and Gold". In 1925, the football coach, along with the student newspaper, conducted a contest to name the football team. The winning entry was "Grandees", tying in to the Spanish origins of St. Ignatius of Loyola. However that name apparently did not catch on in the following months. 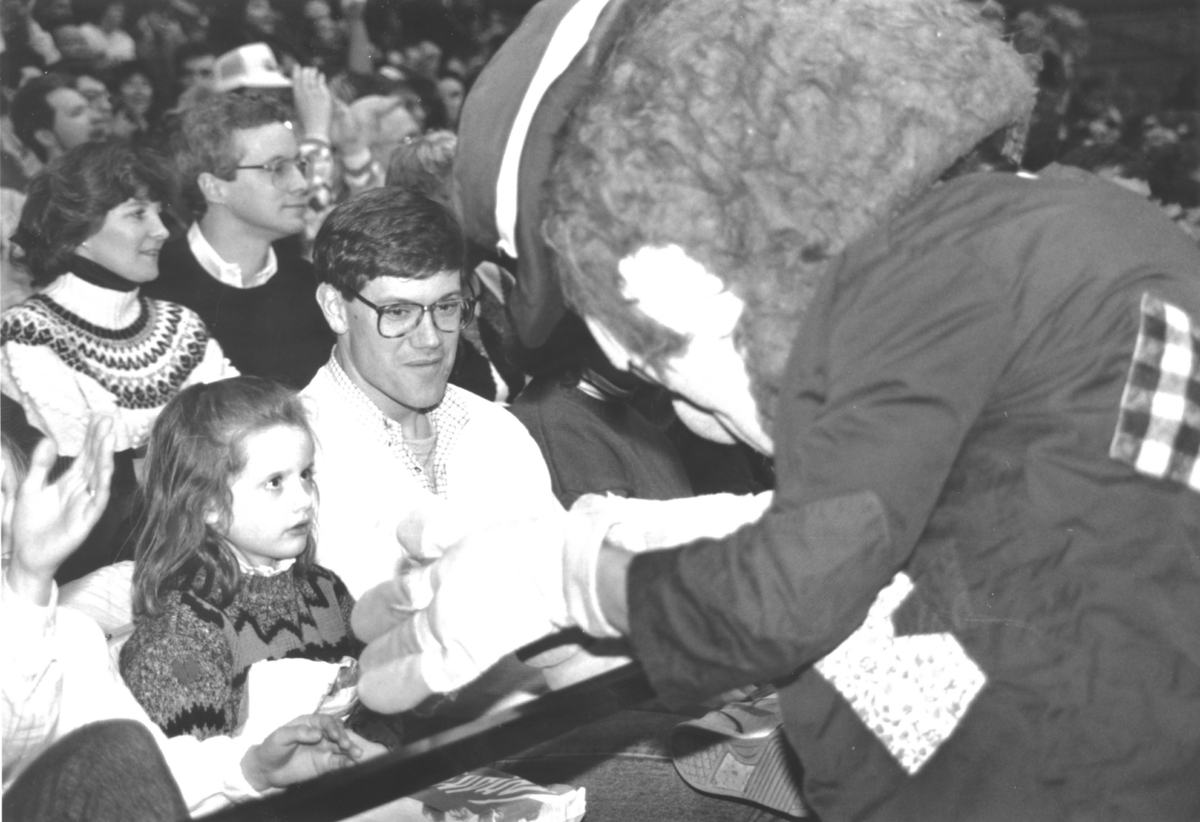 Bo Rambler, a short-lived mascot, with fans during the DePaul v. Loyola game on January 21, 1989.

In 1926, a more informal but much more binding process finally gave Loyola's teams their nickname - Ramblers. That year, the football team travelled extensively across the United States, "rambling" from place to place for games, thus earning the nickname "Ramblers". Despite the fact that football was dropped as a varsity sport in 1930, the nickname Ramblers is still proudly carried by today's athletic teams at Loyola University Chicago. 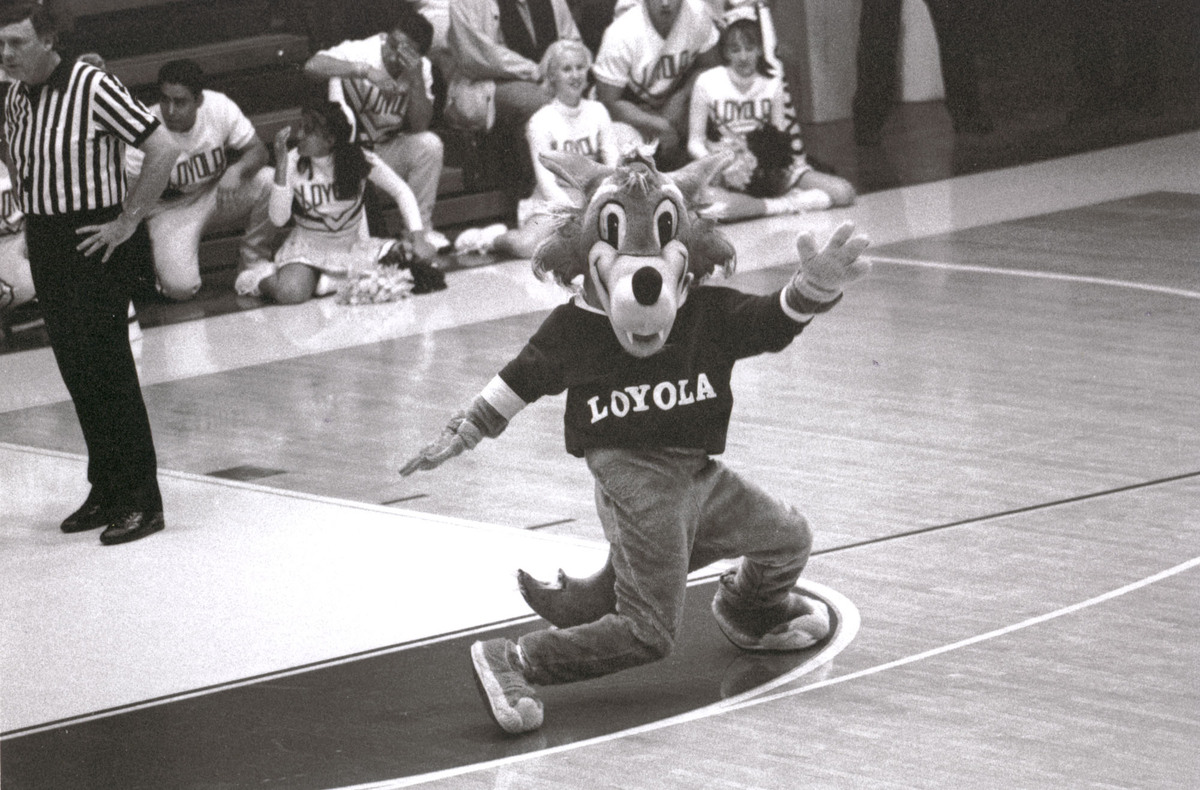 LU Wolf entertains the crowd at a basketball game in 1995.

In 1982, a new mascot, "'Bo Rambler," short for "Hobo," carried on the Rambler tradition. The athletics press packet for the season portrayed a bum rambling across the LU logo. In 1990, Loyola stopped using Bo, citing the rationale that a homeless man did not seem to be a fitting mascot for a top-notch university. The university instead introduced its new and current mascot, LU Wolf, in recognition of the animal's association with St. Ignatius.

← Athletics at Loyola
Football at Loyola →
Athletics
Why Ramblers?