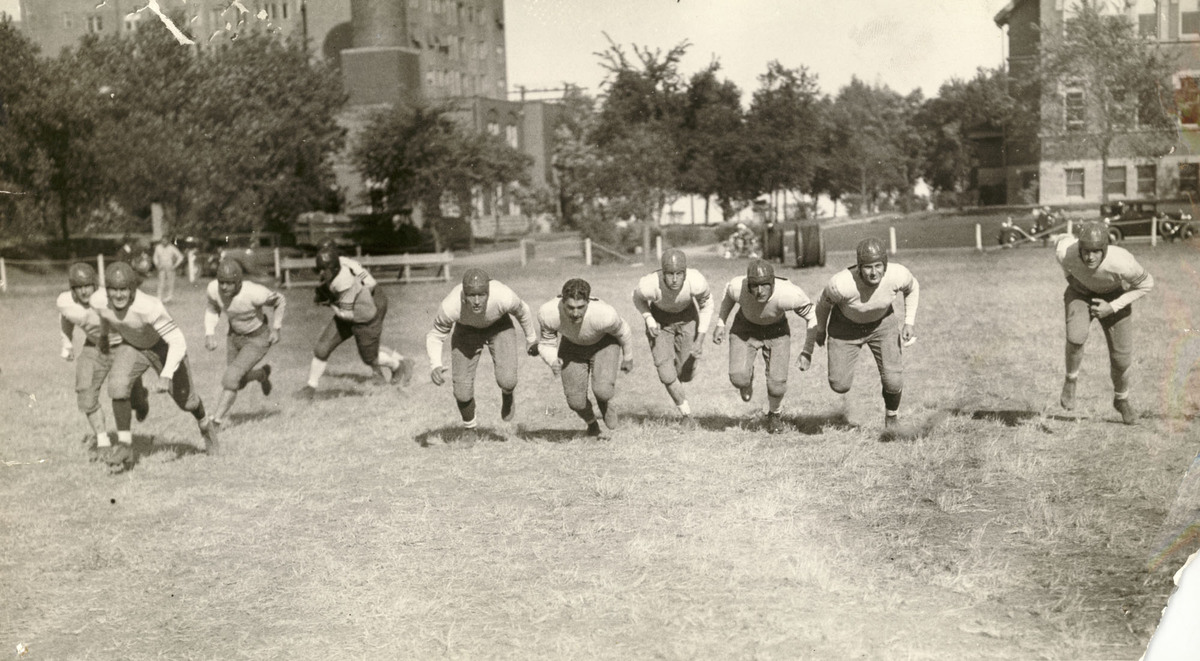 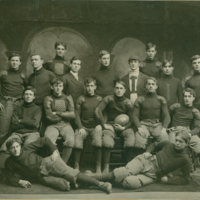 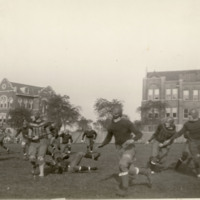 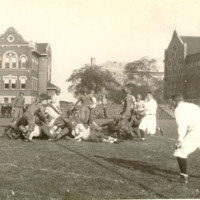 The Loyola University Men's football team struggles for possession of the ball. 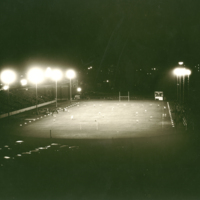 A football game under the lights at Loyola Stadium, 1931.

Loyola University Chicago's football team saw many wins and was a great source of early university pride. Although the Ramblers were not the most successful team in their division, loyal students regularly attended the games, often played on campus at Loyola Field or at Soldier Field, now home of the Chicago Bears. In 1930, with the administration feeling that collegiate football was becoming too centered on celebrity and entertainment and not enough on the amateur nature of the students, Loyola disbanded the varsity football team. Robert Kelley, S.J., president of Loyola at that time, said "It is our belief that the interest and appeal of these spectacular games are getting away from the colleges and universities and their students, and are being centered on the public: or, in other words the colleges and universities are competing with entertainment agencies for the patronage of the public." Club and intramural football continues to be played at Loyola.