Established in 1913, Loyola's men's basketball team is arguably the most successful team in the university's history. Lead by Basketball Hall of Famer Leonard Sachs (1898-1942) from 1923 to 1942, the Ramblers had a record of 223 to 130; won every game during the 1929-1930 season; and went to the finals of the Metropolitan Writers' Tournament in Madison Square Garden, where they placed second. Nine years later Loyola's second legendary coach, George Ireland (1913-2001), took over the team. From 1951 to 1975 the Ramblers were 321-255, going to the National Collegiate Athletic Association (NCAA) tournament four times and the National Invitation Tournament (NIT) once. 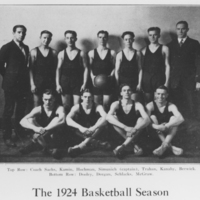 The Loyola Men's Basketball team posing for a picture during the 1924 season. 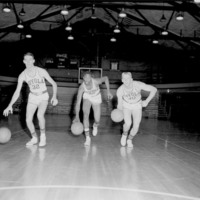 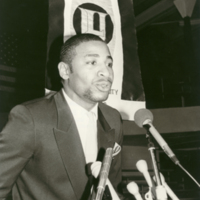 Alfredrick Hughes stunned the crowd by announcing that he would remain in school and forgo the NBA draft in 1984. 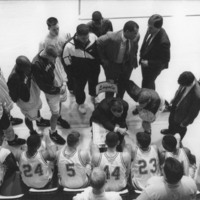