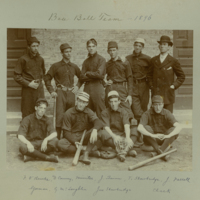 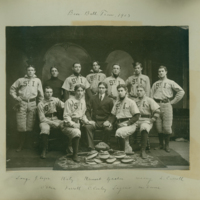 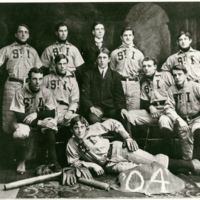 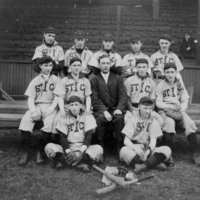 A St. Ignatius College team from the early 1900s.

Baseball was a popular sport at St. Ignatius College (Loyola's original name) from the time the college founded in 1870. In fact, one of the students more devoted to baseball than his studies at St. Ignatius became a professional baseball player, team owner, and founder of the American League - Charles Comiskey. Because of the limited number of college and university teams available in the early 1900s, the St. Ignatius College team played whomever they could schedule, including high school teams and semi-pro teams. They even played the Chicago Cubs once or twice. Their most consistent opponents were the University of Chicago, Northwestern University, and the Armour Institute, but they also played teams from the Illinois Trust and Savings Bank, Fort Sheridan, and one team that consisted of physicians and surgeons. Due to the administration's belief that team members were more concerned about sports than their academic studies, the inter-collegiate baseball team was disbanded after the 1925 season.