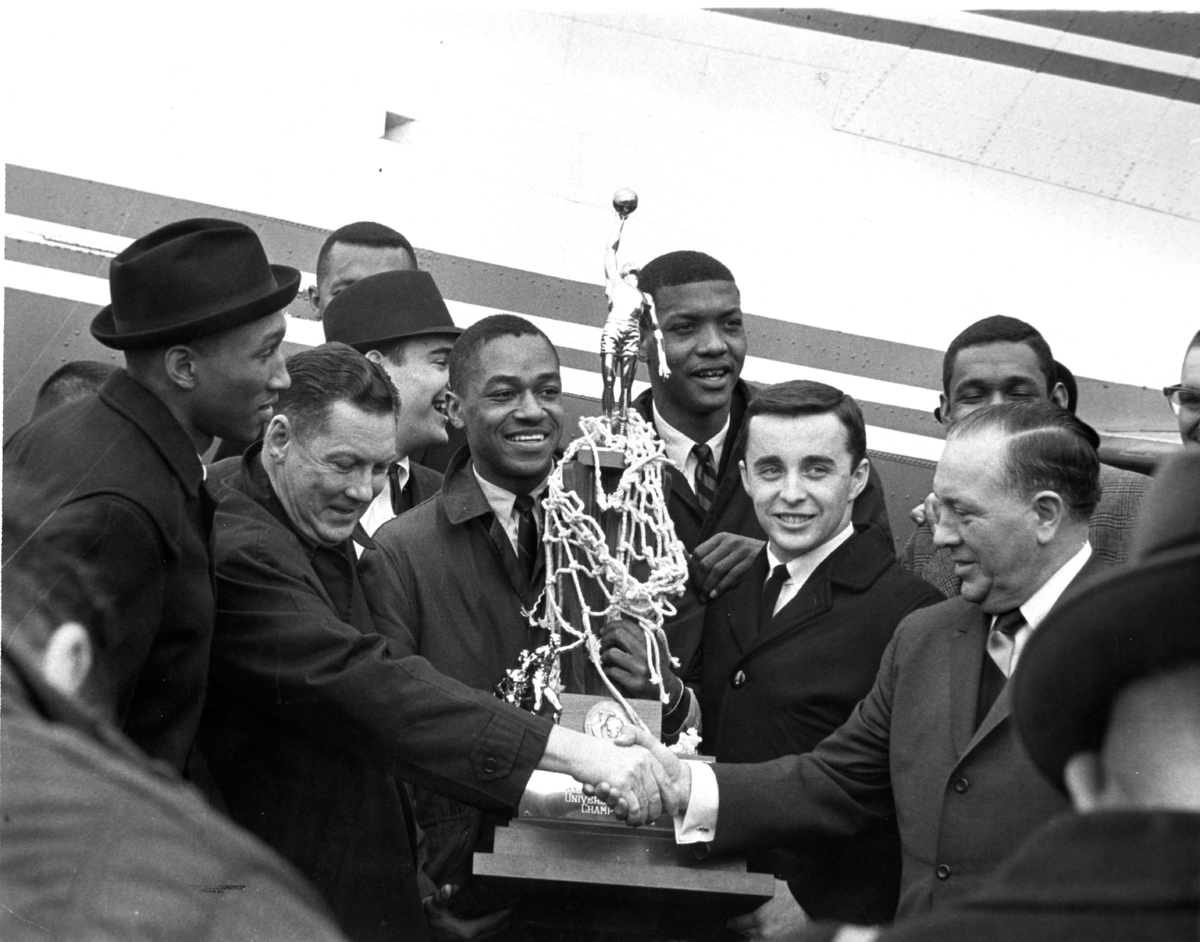 The 1963 NCAA Champion Ramblers are greeted by Mayor Richard J. Daley upon their return to Chicago. 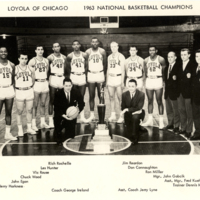 The 1963 National Basketball Champions pose with their championship trophy. 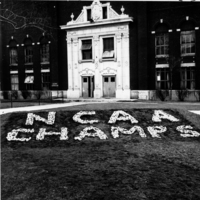 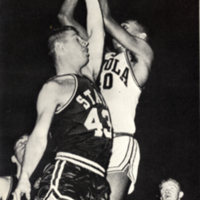 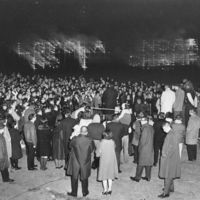 In 1963 the Ramblers defeated the University of Illinois (79-64) to reach the NCAA final four and Duke University (94-75) in order to meet the University of Cincinnati in the title game. The Ramblers defeated Cincinnati 60-58 in overtime to win the NCAA Championship, but perhaps even more important than the victory were the strides the 1963 team made as pioneers in the integration of college basketball by having four black players in the starting line-up at a time when most coaches allowed only one or two black players on a team.