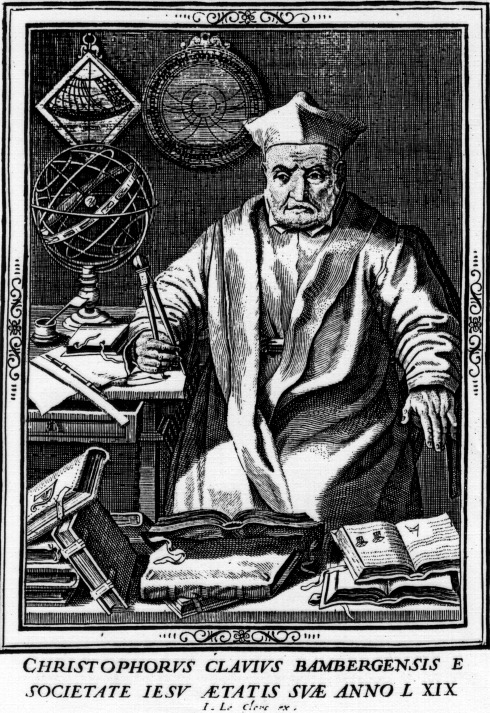 A professor at the Roman College, German-born mathematician Christoph Clavius was known for his writings on arithmetic and algebra and for his work on Gregorian calendar reform. He was a friend of Galileo, but in his commentary on medieval mathematician and astronomer Joanes de Sacro Bosco Clavius condemns the Copernican theory of a sun-centered solar system as both physically impossible and as contrary to the Scripture.