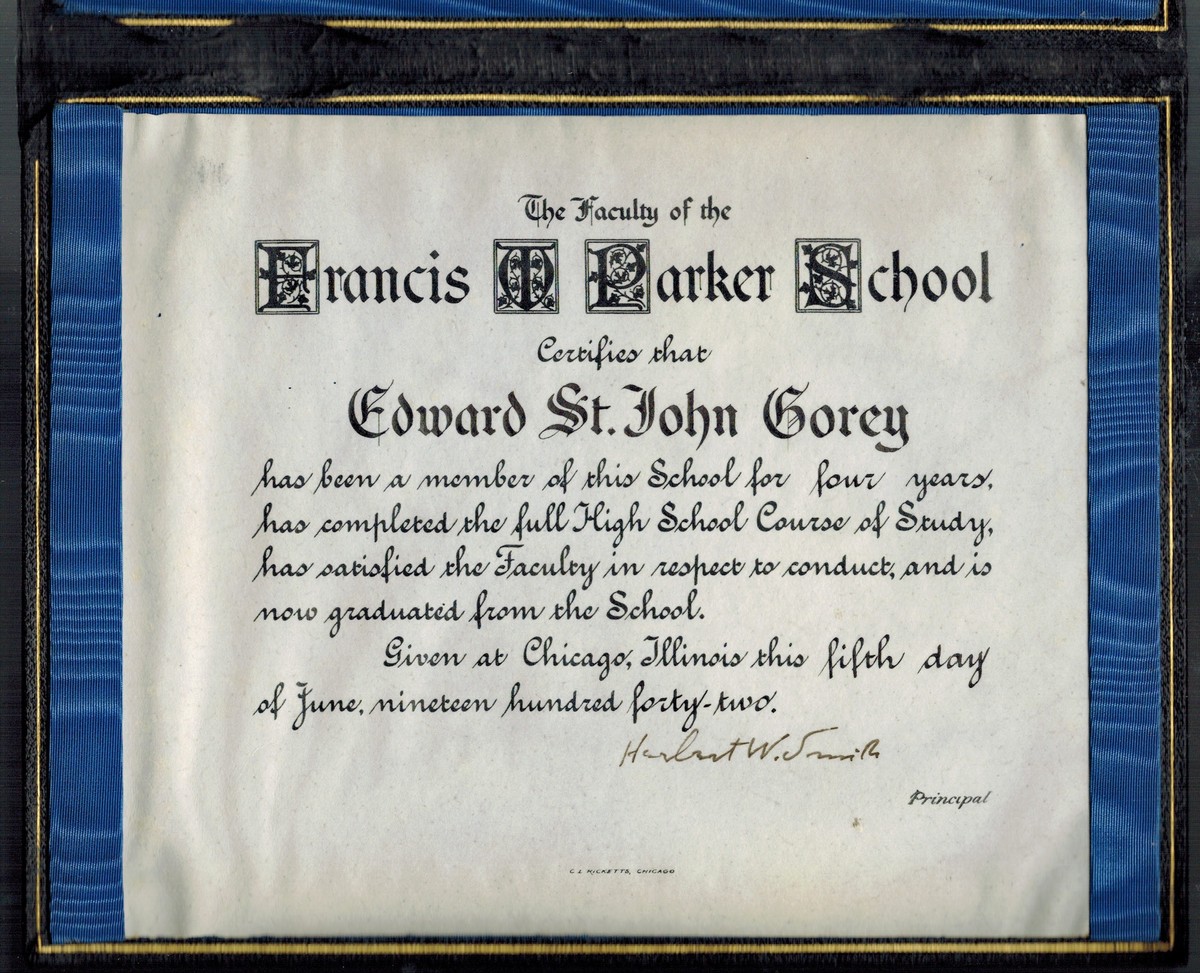 For the Francis.W. Parker School, Annual Exhibit of Students’ Work, held May 4-May 15 1942, Edward Gorey, Joan Mitchell, and Lucia Hathaway formed the jury. Gorey also served on the hanging committee.

Eight hundred and fifty six pieces of art were exhibited.  The artistic clique had fifty-three pieces in the show:  Gorey twenty-two, Connie Joerns seventeen, and Joan Mitchell fourteen.  Unfortunately there is no photographic record of the art.

For his senior essay, Gorey wrote on Vincent and Theodorus Van Gogh. In that essay, dated March 16, 1942, Ted Gorey wrote:

“In my opinion the value of a work of art is, to a great extent, independent of the artist. The only relevant factor on which the merit of a picture may depend, is the personality of the one judging the picture. However, some conclusions as to the underlying qualities of the picture may be drawn by an observation of the artist’s life.”

Gorey’s friendship with Connie Joerns (1926-  ), class of 1943, lasted his entire life.  She joined him for a time in the Doubleday Art Department and she did the cover for Anchor Books The Seventeenth Century Background by Basil Willey. She also illustrated Looking Glass Library, No. 8, The looking Glass Book of Verse.  Joerns went on to be a successful illustrator and the author of a number of children’s books.

In 1967, Gorey did the jacket for his classmate Polly Redford’s book The Christmas Bower.  According to the dust jacket, "Edward Gorey and Polly Redford were high-school classmates and promised each other that some day they would do a book together".

Gorey graduated from the Francis W. Parker School on June 5, 1942.