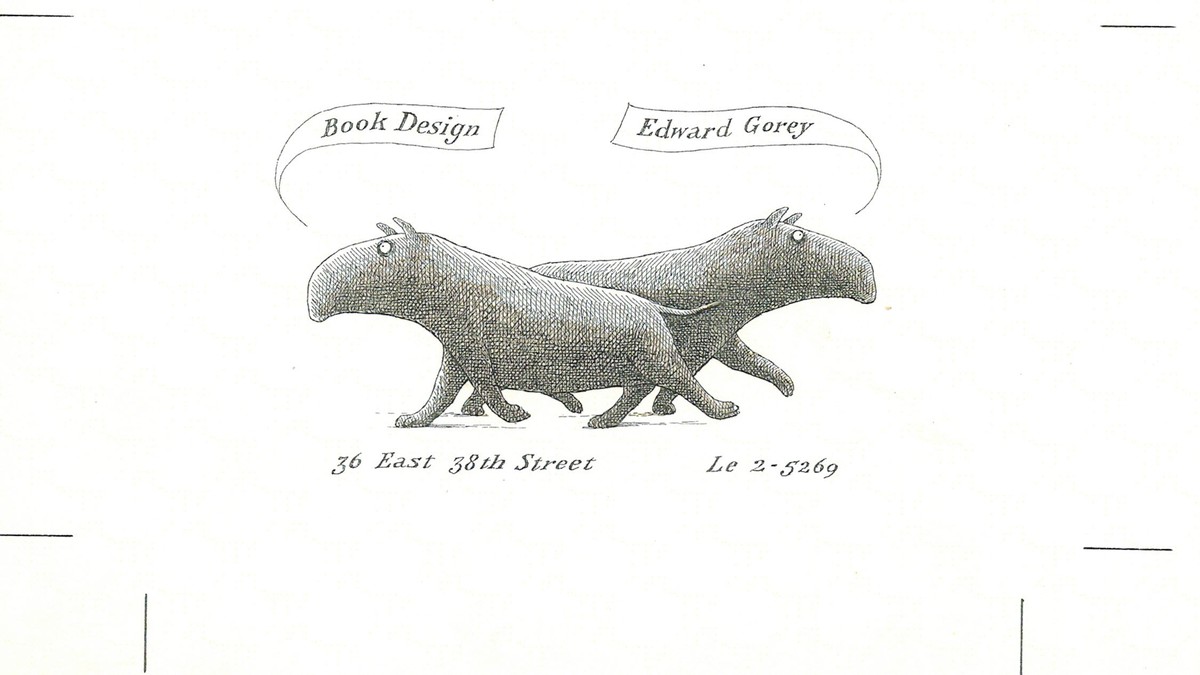 After Bobbs Merrill, Gorey never worked full-time for a publisher, but did freelance work as an independent artist as his design skills became in great demand.  In 1963 he published The Vinegar Works and The Wuggly Ump and illustrated Rhoda Levine’s Three Ladies Beside the Sea.  He also did the design and art work for at least six book covers and published illustrations in Rogue, Playboy, Holiday, and Friends Magazine (2).

Following are a few examples of Gorey’s illustrations demonstrating the range and breadth of his work.

From the School of Visual Arts Catalog

Gorey taught courses in children’s book illustrations and writing picture books at the New York School of Visual Arts from 1965 to 1967.  Here he describes himself as a freelance illustrator and book designer. 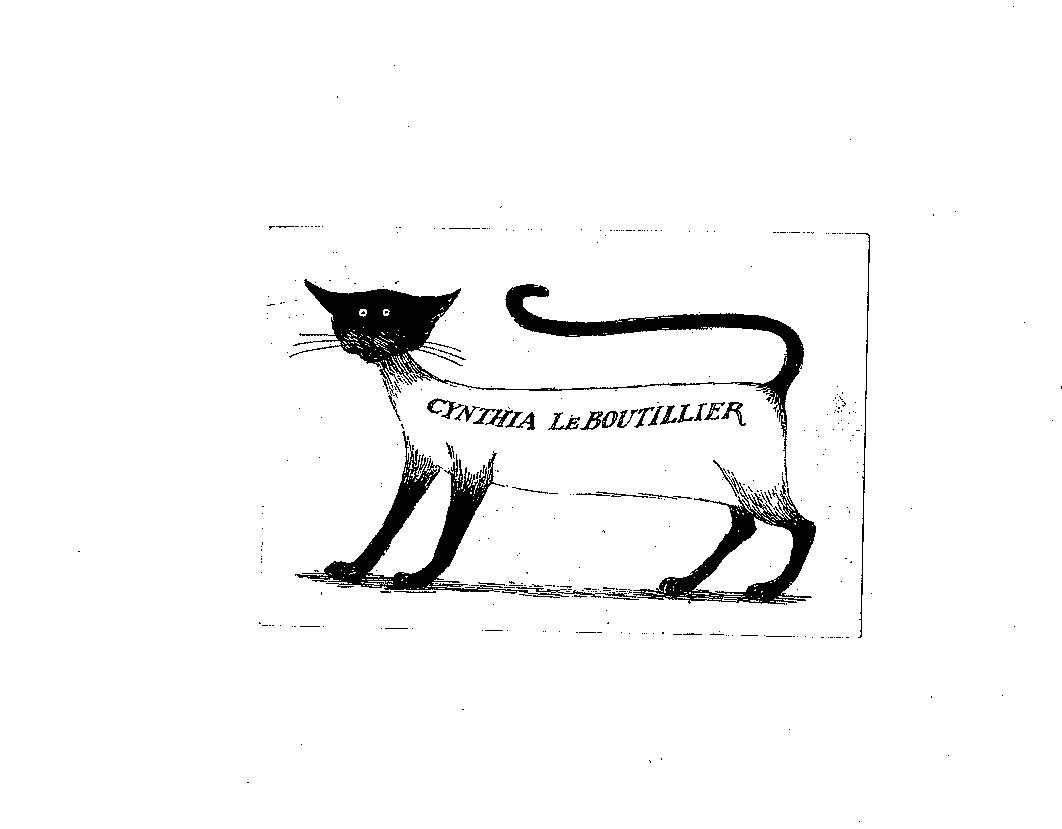 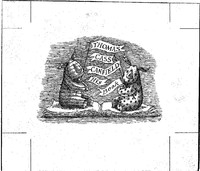 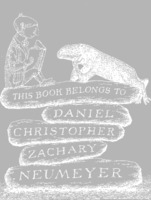 Bookplate created as a gift for Peter Neumeyer’s children.  1968.

Bookplate published by the Antioch Book Plate Company in the early 1980’s.

Mystery bookplate sold through the Signals Catalog.  This bookplate was also sold by Signals in a signed and framed edition.

“The bookplates have been promised to be delivered this morning (syntax?), and so I’ll mail them airmail as soon as they get here, so you should get them before this, but probably not.  When you see them, you may wonder why the names appear to be reversed in order, but if you think about it, you will realize that they are not.  I also thought, for what it may be worth, that the appropriate rocks can be filled in with pretty colours.  This paragraph probably makes little sense to you know; will it then?”
Letter begun on December 17, 1968 and apparently mailed on December 20th. Gorey to Peter Neumeyer.  Floating Worlds. The Letters of Edward Gorey & Peter F. Neumeyer, p. 140.