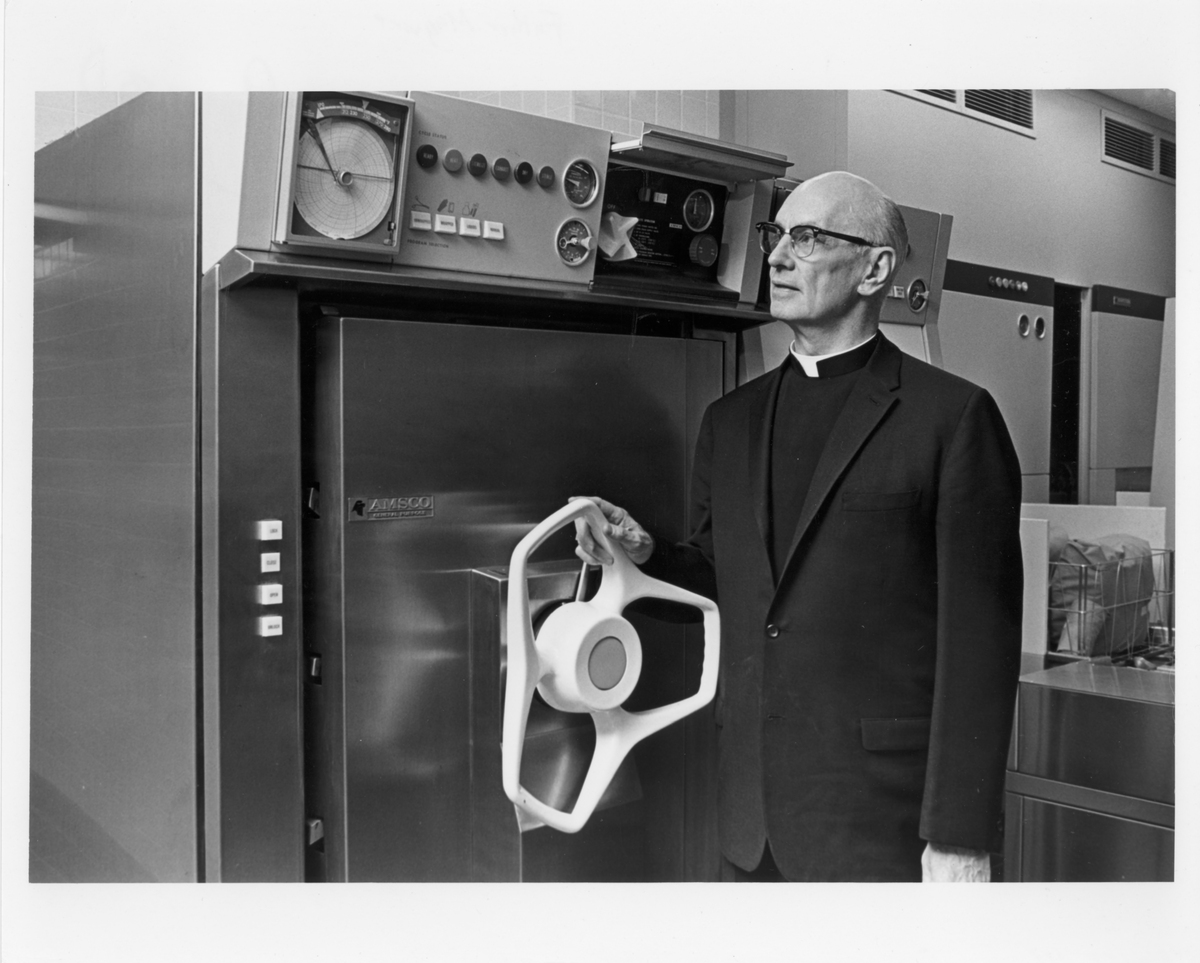 By 1930, Loyola had become a nationally known and respected university, one which would continue to grow during the next thirty years. A new library and much needed chapel were additions to the campus that exemplified the new era of expansion. The presidency of Rev. James F. Maguire, S.J. (1955-1970), saw a period of growth which was unprecendented in Loyola's history with the establishment of three new campuses and the erection and acquisition of many new buildings. The enrollment skyrocketed in the 1960s with the unrestricted admission of women to the College of Arts and Sciences. Loyola became the center of national attention as Coach George Ireland's Men's Basketball team became the first college basketball team to start four African-American players in every game. In 1963 the Men's Basketball team won the NCAA Championship title in overtime. It was the first time a racially mixed team won the title and is still the only Divison I NCAA school in the state of Illinois to win the title.