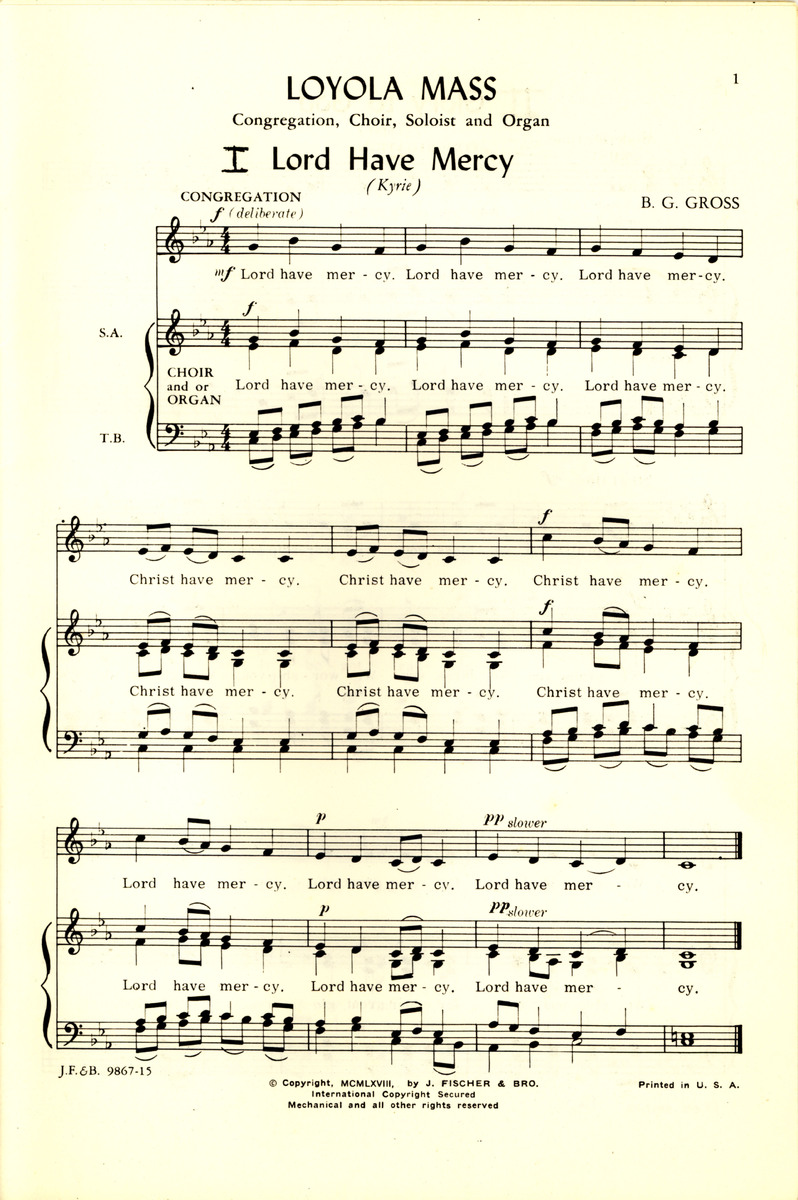 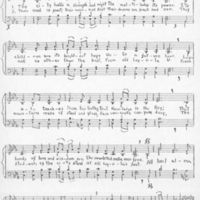 Sheet music for "All Hail Maroon and Gold," written by Gross and Peggy Skinner and John Borgard in 1974.