Founded at the University of Florida in 1924, Blue Key Honor Fraternity has a twofold purpose: first, it seeks to reward men who have distinguished themselves by contributing to the activity of the university, and second, it gives the university a close-knit organization that stands ready to assist worthwhile activities in need of support.  Loyola's chapter of the fraternity was established in 1926 as the successor to the defunct Loyola Booster Club. Blue Key has participated actively in a number of collegiate affairs throughout Loyola's history including the development of the Loyola Union, the first All-University Homecoming and Dance, and annual Commencement Exercises. The chapter became coed in 1977 and was renamed Blue Key Honor Society. 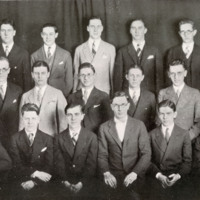 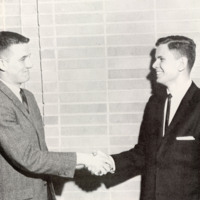 Past and present presidents of the Blue Key Honor Society, Jim Fletcher and Ed Bough, greet in an image from the 1965 Loyolan. 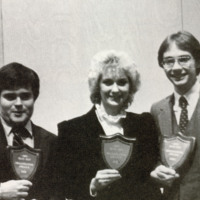 Participants in the Blue Key Induction Ceremony, from the 1983 Loyolan.