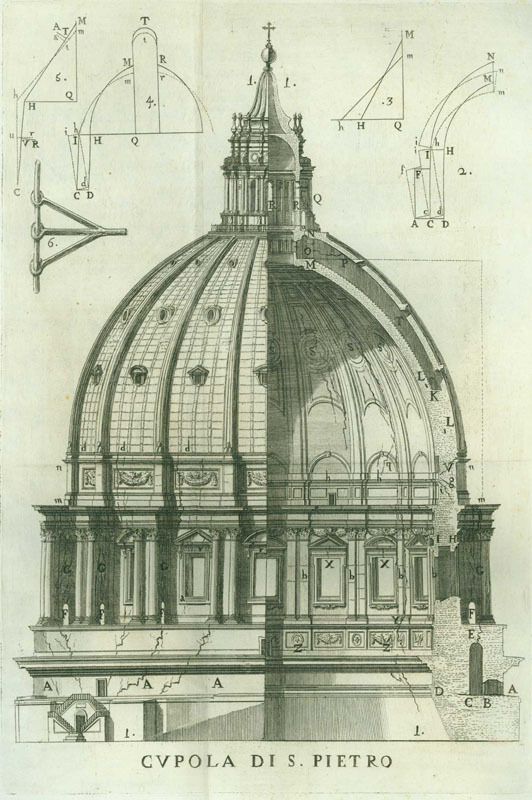 Ruggiero Giusseppe Boscovich was pre-eminent among Jesuit scientists of the eighteenth century. Whereas Kircher's books are regarded today as primarily curiosities, the work of Boscovich in astronomy, optics, mathematics, and engineering remains in high repute. Born in Ragusa, he was professor of mathematics at several institutions, including the Roman College where he planned the observatory. He suggested and directed the draining of the Pontine marshes near Rome, and recommeded the use of iron bands to control the spread of cracks in the dome of St. Peter's Basilica. He was instrumental in softening ecclesiastical hostility to the Copernican system and helped popularize the theories of Newton.