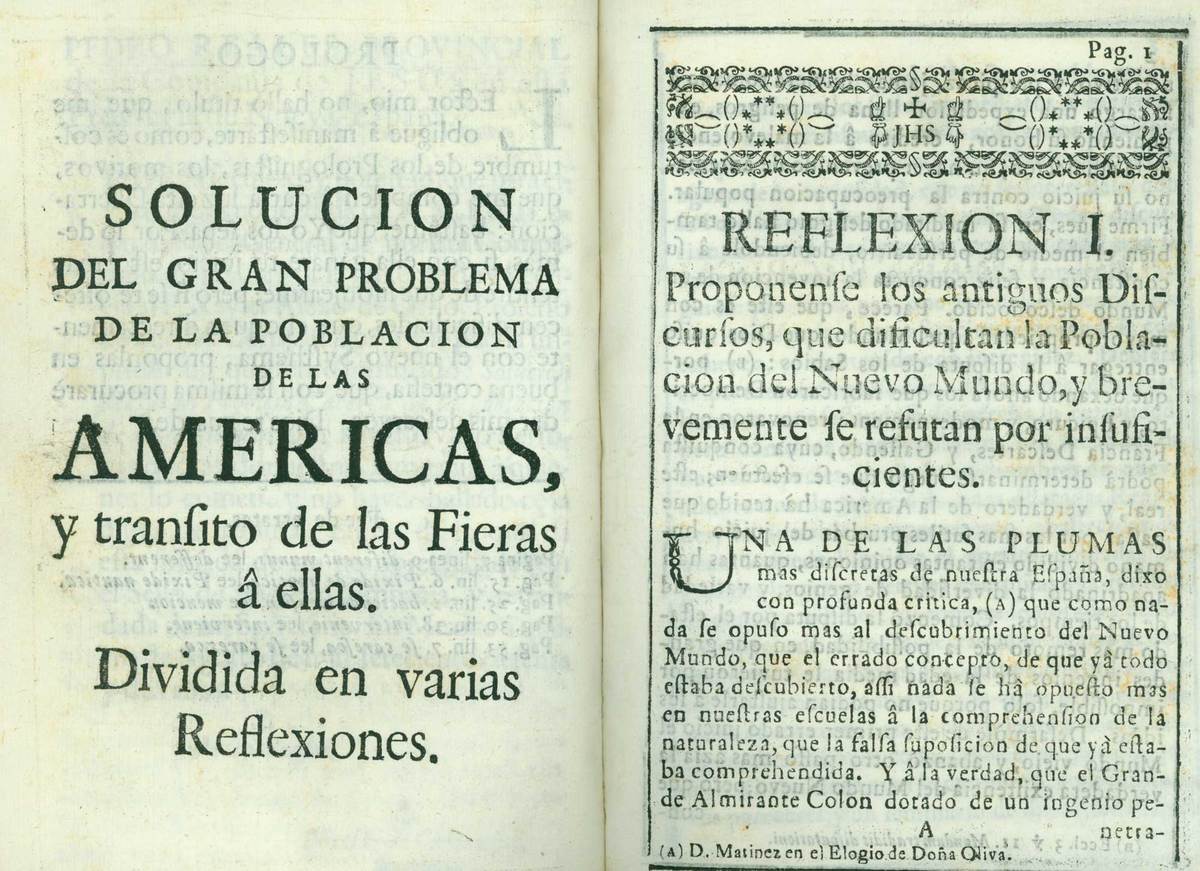 Title page and beginning of essay (1763)

The question of how the American continents came to be populated has absorbed scholars since the time of Columbus. One popular seventeenth-century theory (later judged heretical by the Catholic Church) held that the peoples of America were descended from humans who had lived before the time of Adam. The solution posed here by Orrio is based on evidence from Holy Scripture, in refutation of these “pre-Adamite” theories. The author was a Jesuit professor of philosophy in Mexico.