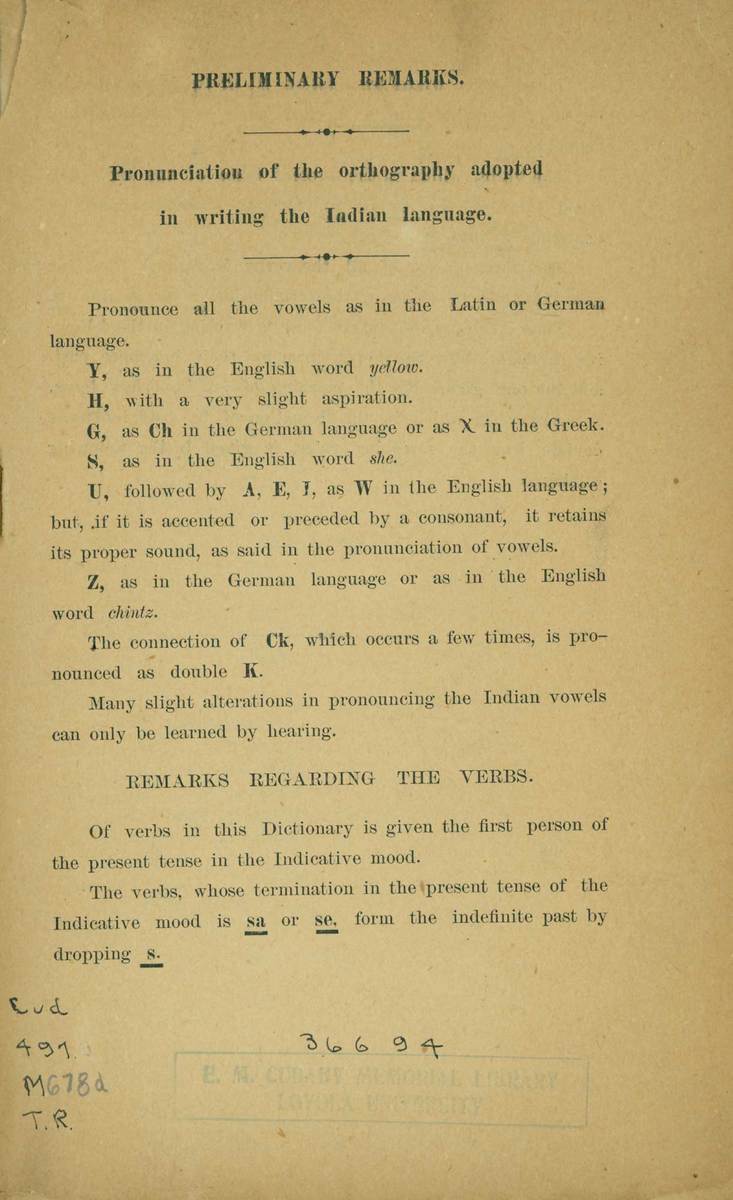 Cataldo worked among the Nez Percé, Coeur d’Alène, and Spokane Indians, mastering their languages as well as seven other native tongues, in addition to French and English. The commentary to this grammar is in Latin, indicating that it was probably intended for the instruction of other missionaries. It was printed at the Desmet mission school by the students themselves; a thorough grounding in manual arts was an important aspect of Jesuit mission education.