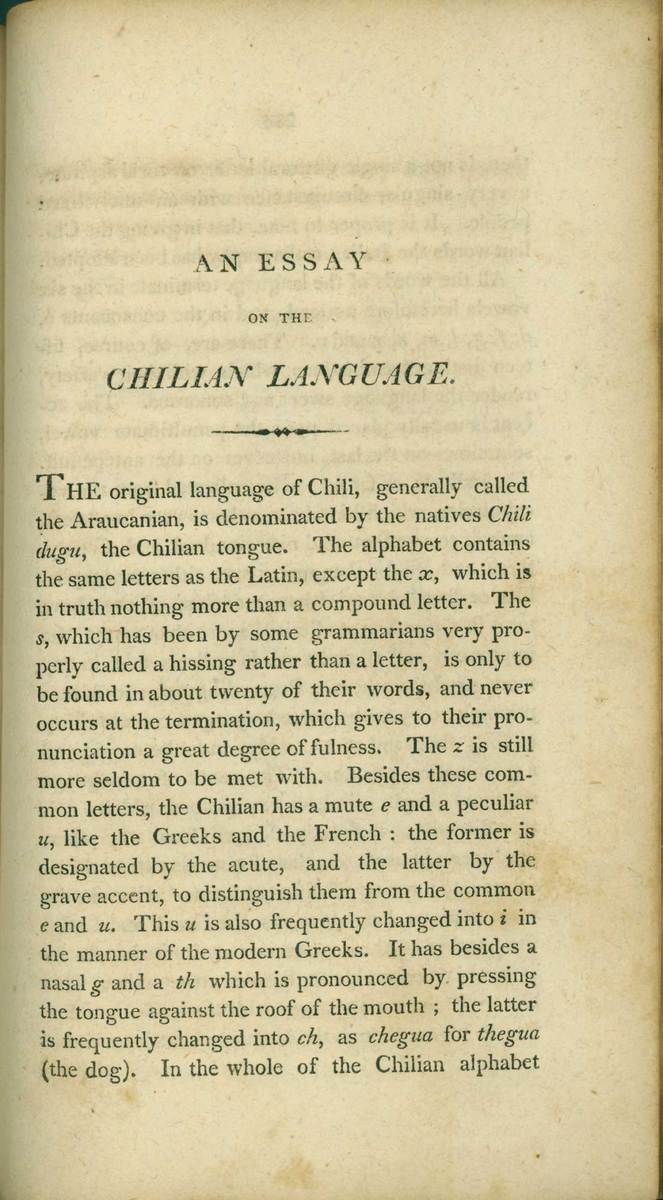 Opening page of Molina's essay on the Chilian language (1808)

“An essay on the Chilian language”

A study of the language spoken by the Araucan or Mapuche people of Chile, from the second volume of Molina’s The geographical, natural and civil history of Chili…(Middletown, Connecticut, 1808). Praising the elegance, richness and complexity of Chilean speech, Molina refutes the idea prevalent among linguists of the time that Indian languages are more primitive than European languages.