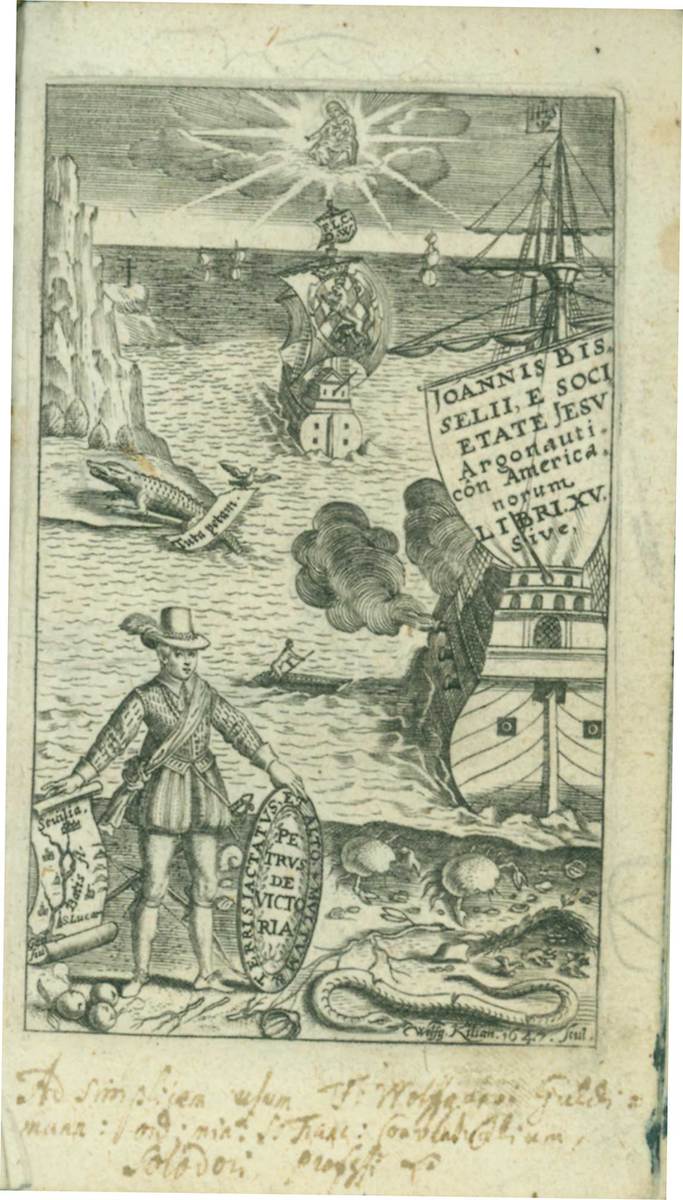 One of the more dramatic narrations of exploration and discovery in the Americas was written by Spanish Jesuit Pedro Gobeo de Victoria. Born in Cadiz, he ran away to sea at age sixteen, and after sailing the Atlantic for several years, took part in an ill-fated expedition across the isthmus of Panama and down the Pacific coast of South America. Arriving in Peru after many travails and perils, Victoria decided he had had his fill of adventures, and joined the Jesuits at Lima in 1597. His own account of his travels appeared originally in Spanish as Naufragio y peregrinacion en la costa del Piru (Seville, 1610). This expanded Latin translation by fellow Jesuit Johann Bissell was based on a German version published in 1622. The title translates as “Johann Bissell of the Society of Jesus, his Argonauticon of the Americas, or, History of the perils of Pedro de Victoria and his companions, in fifteen books.”