"And, I was involved, as were a lot of people at Mundelein, in the Civil Rights Movement. It’s true that in the community, the community got into peace and justice and civil rights, also. I think the actual, real change did not come about until the end of the ‘70s, maybe 1980, in the community. But, it was starting through—We started in ’68.” Interview with Sister Mary DeCock, BVM. 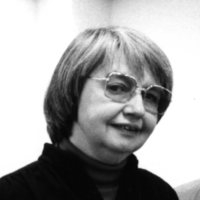 The struggle for racial justice deeply influenced student life at Mundelein College. As the Civil Rights Movement grew over the course of the 1960s, so too did civic engagement of these North Side undergraduates. Mundelein’s student organizers travelled long distances to join freedom marches but also brought the action to campus through various events and lectures.

Yet, even as Mundelein students advocated for change, many co-eds remained dissatisfied with what they perceived as a lack of acceptance of racial difference by their peers. But the assassination of Martin Luther King, Jr. in 1968 would change race relations in complex ways, and with it, Mundelein College.

This section tells the story of Civil Rights activism at Mundelein College in four sections: The Fine Art of Demonstrating, Marching for Freedom, The Turning Point of '68, and A New Black Consciousness.