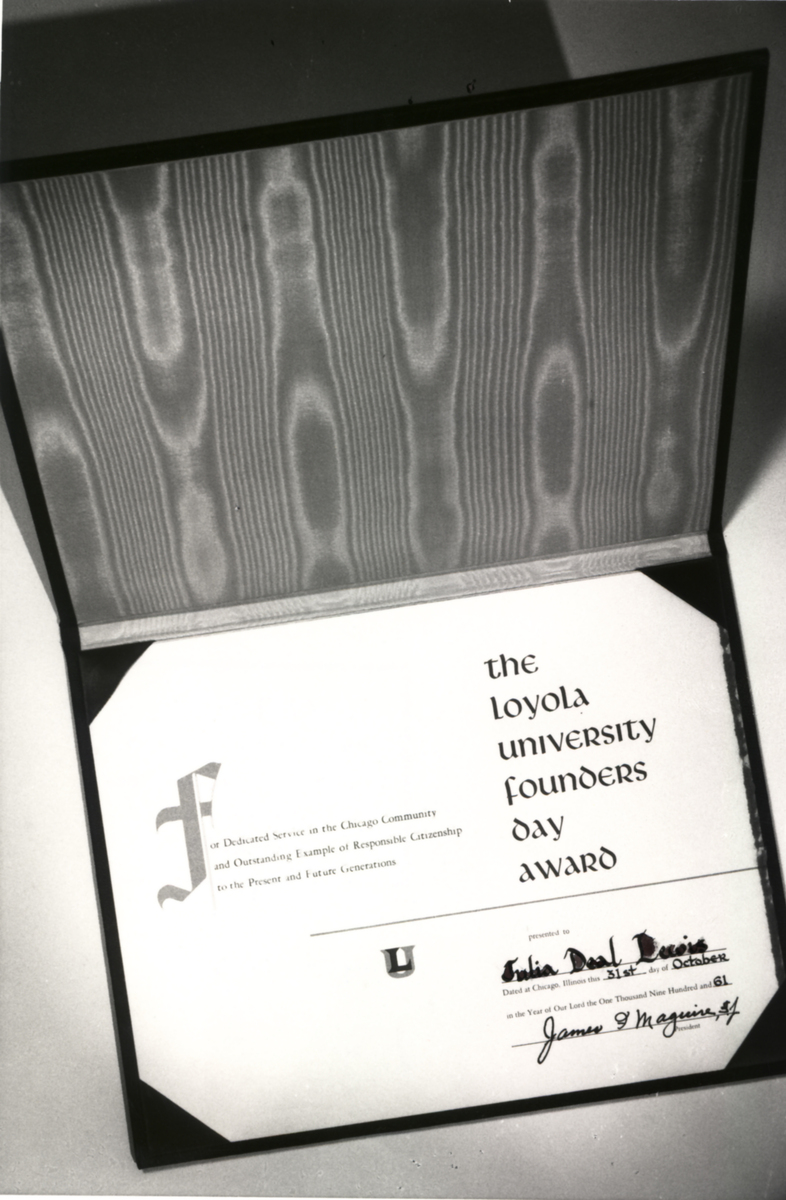 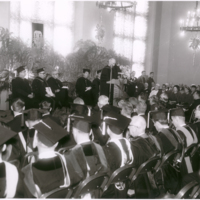 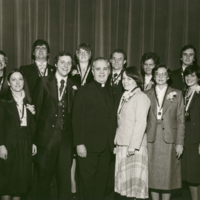 Father Raymond Baumhart with the 1980 recipients of the President Medallion. 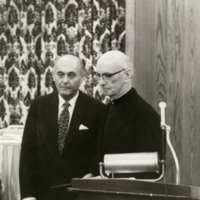 Father Maguire (right) and Sir Georg Solti of the Chocago Symphony Orchestra, who was cited in 1973.

Begun in 1959, Founders' Day honored the founding fathers of Loyola University Chicago and commemorated Loyola's roots as St. Ignatius College. Highlights of the day included a convocation with remarks by the university president; an awards luncheon; and the President's Ball, which honored the accomplishments of students, alumni, volunteers, and civic leaders in the Loyola community.

Founders' Day was discontinued in the mid-1990s, but was revived in 2001 by President Michael Garanzini, S.J., and renamed the Founders' Dinner. The Damen, Coffey, President's Medal, Heart of Loyola, Spirit of Loyola, Caritas, and Dux Mirabilis Awards are presented during the dinner.